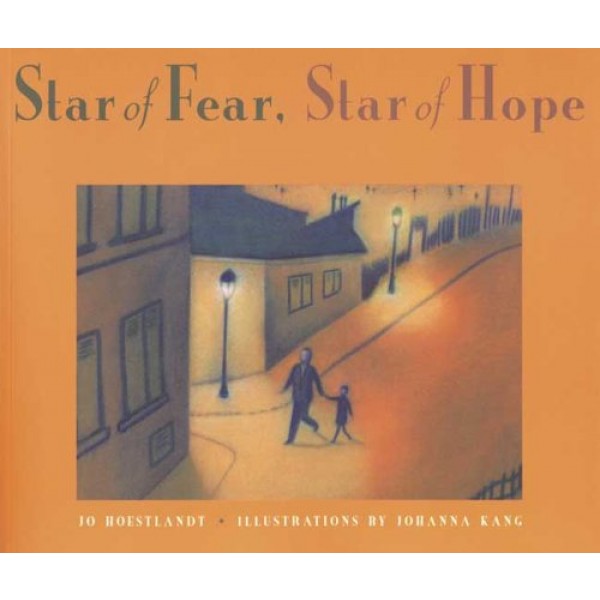 Star of Fear, Star of Hope

Nine-year-old Helen is confused by the disappearance of her Jewish friend during the German occupation of Paris.

"This extraordinarily moving picture book, originally published in France and set in the north of France during World War II, has spare prose and appropriately stark illustrations. An elderly woman recalls an incident in her childhood that she would give anything to undo. Her Jewish friend Lydia is visiting, and, in the middle of the night, a frightened Jewish woman seeking refuge awakens them by pounding on the door of a 'safe house' across the hall. Lydia then asks to be taken home. With deep sorrow and guilt, Helen remembers that she shouted at her friend for leaving on the eve of her birthday... Will it reach children? Absolutely. There is no book exactly like this one." -- School Library Journal

"Fluidly written and centered in events a child can comprehend, the book is an ideal starting point for serious discussion about the Holocaust" -- Publisher's Weekly