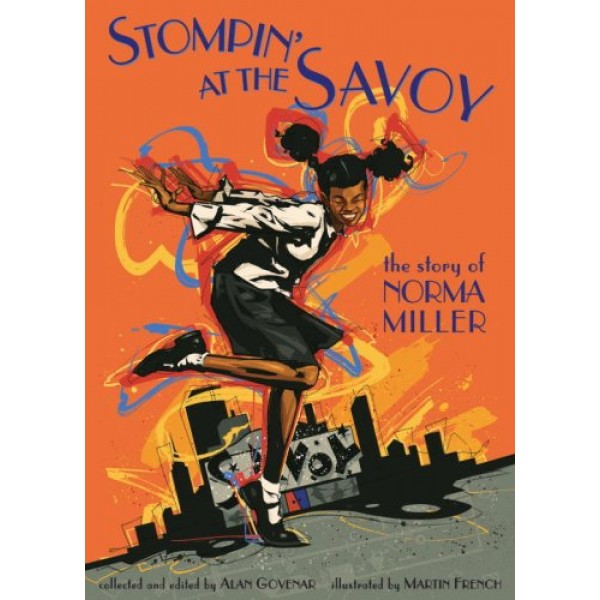 Stompin' At The Savoy: The Story of Norma Miller

When she was just five years old, in 1924, Norma Miller knew just what she wanted to do for the rest of her life: she wanted to dance. It was the Jazz Age, the Harlem Renaissance, and Norma lived behind New York's Savoy Ballroom, the only dance hall in a still-segregated America where blacks and whites could mingle on the same mahogany floor. It was in this majestic "home of happy feet" that twelve-year-old Norma first brought the house down, swing-stepping with Twist Mouth George, one of the premier dancers of the day.

Before long, the feisty Norma would rise to fame as one of the first performers of the Lindy Hop, an acrobatic dance style named for Charles Lindbergh's first solo flight (or "hop") across the Atlantic. With the celebrated dance troupe Whitey's Lindy Hoppers, a teenage Norma would cross the Atlantic herself on a tour of Europe and even strut her stuff on the silver screen.

"Miller tells her story with humor and candor, describing her mothers disapproval and the tensions of life in show business under a manager, as well as the sheer joy she found in swing dancing. She worked with stars such as Ethel Waters and the Marx Brothers, but also experienced the indignities of Jim Crow segregation. Her feisty, independent spirit shapes her narration, making this an entertaining, compelling read. Stylized black-and-white illustrations, produced digitally and in mixed media, nearly swing right off the pages in their exuberant depiction of dancers and scenes from the Harlem Renaissance, many set over an Art Deco motif." -- Joyce Adams Burner, School Library Journal