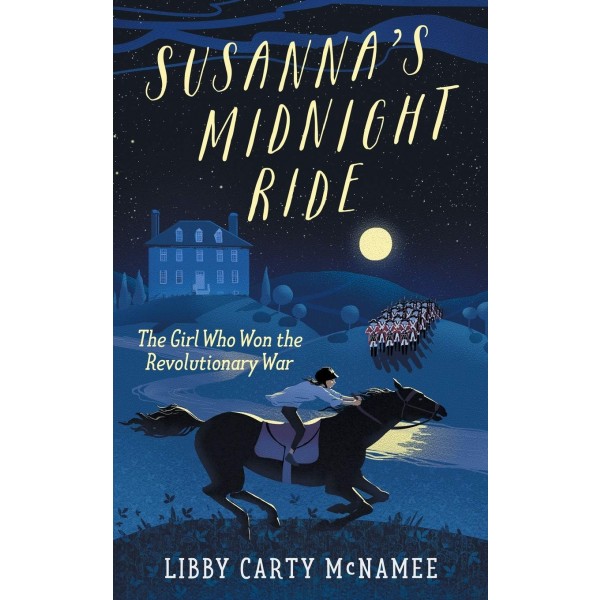 Susanna's Midnight Ride: The Girl Who Won the Revolutionary War

As the former Colonies struggle for freedom, the American Revolution is in the hands of a brave and resourceful teenage girl. At sixteen, Susanna Bolling is like America in rebellion; she craves independence. While her brothers are off fighting for the Patriots, she longs to do more than tedious household chores and attend spinning bees in sleepy City Point, Virginia.

When British General Cornwallis invades her family’s Bollingbrook Plantation, she overhears his secret plan to defeat the Patriots. Much to her shock, she finds herself at the center of the war. Now America’s fight for liberty hinges on her. But can she overcome her mother’s objections, face her own fears, and outwit the famed General and his entire Army? This thrilling true story of courage and conviction in the Revolutionary War will captivate readers of all ages.