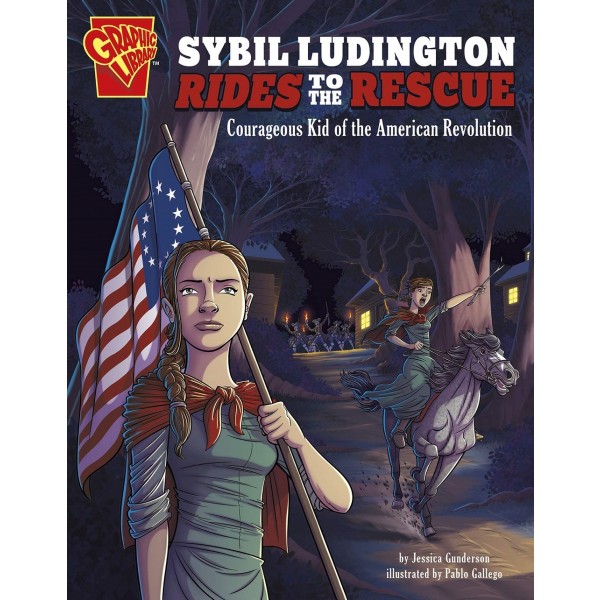 Sybil Ludington Rides to the Rescue

Courageous Kid of the American Revolution

In 1777, the American Revolution is well underway. At 16, Sybil Ludington knows the war all too well. Her father is a colonel in the Continental Army, battling for America's independence from Great Britain. Colonel Ludington and his regiment are home for the season when word comes that the British Army is attacking nearby. With her father too ill to ride, it's up to young Sybil to alert the American militia that the British are coming.

This volume from the Graphic Library tells a little-known story of Revolutionary War heroism. Sybil rode 40 miles — twice as far as Paul Revere — in her quest to raise the militia and save the day. With information at the back about further reading young historians can do, this book is a fitting introduction to an American hero.