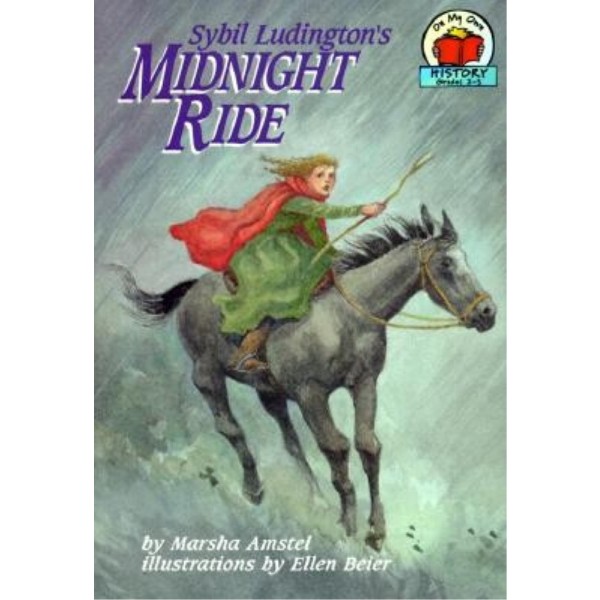 The story of Sybil Ludington's ride on horseback to rouse American soldiers to fight against the British who were attacking Danbury, Connecticut during the American Revolution.

"A readable account of one heroine of the American Revolution. On April 26, 1777, in Patterson (now Ludington), NY, Colonel Ludington received word that the British were attacking and burning Danbury, CT. His 16-year-old daughter eagerly volunteered to spread the word and gather his troops in a dangerous midnight ride. Traveling over dirt roads in pouring rain, encountering outlaws, and battling fatigue, she accomplished her mission. As a result of her efforts, the troops arrived in time to push the British back to their boats rather than complete their march into New York. The afterword explains the young woman's further role in America's fight for independence." -- School Library Journal