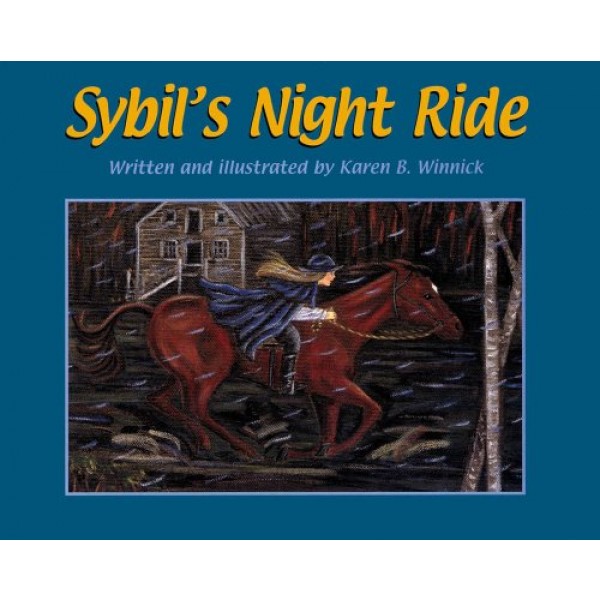 On the stormy night of April 26, 1777, young Sybil Ludington rode on her horse spreading the word that the British were coming. They had already set fire to the nearby town of Danbury, Connecticut and the glow of the flames had turned the night sky to fiery red. Sybil rode through the countryside to alert the patriots with the cry of "Muster at Ludington's!"

Sybil's ride was similar to the one famously performed by Paul Revere, though she rode more than twice the distance of Revere and was just 16 years old at the time.

In this picture book, 16-year-old Sybil Ludington races along the dark forest road on her horse, Star, proving herself a brave patriot. Daughter of a colonel in the Revolutionary fight, Sybil is inspired by her father's courage to alert his 400 troops that the British are burning Danbury, New York. On hearing Sybil's alarm, the men muster at Ludington's and are able to help push back the Redcoats. Intensifying the innate drama of the ride are an episode of a deer darting across the messengers' path, and a close call with a Loyalist who would have foiled Sybil's plan. Winnick uses muted earthy colors in her artwork, applying them with a gouache-like texture that evokes the feeling of the flashing white raindrops cutting through the black night and pelting down on Sybil and Star. -- Booklist

Karen Winnick is an author and illustrator of Mr. Lincoln's Whiskers, Sybil's Night Ride, Lucy's Cave, A Year Goes Round, Barn Sneeze, Cassie's Sweet Berry Pie, Sandro's Dolphin and Patch & The Strings. She is the author The Night of the Fireflies. Her paintings have been exhibited in local galleries, and her poetry has been published in magazines and anthologies. She has also produced a play, Kindertransport, about Jewish children sent to England during WWII.