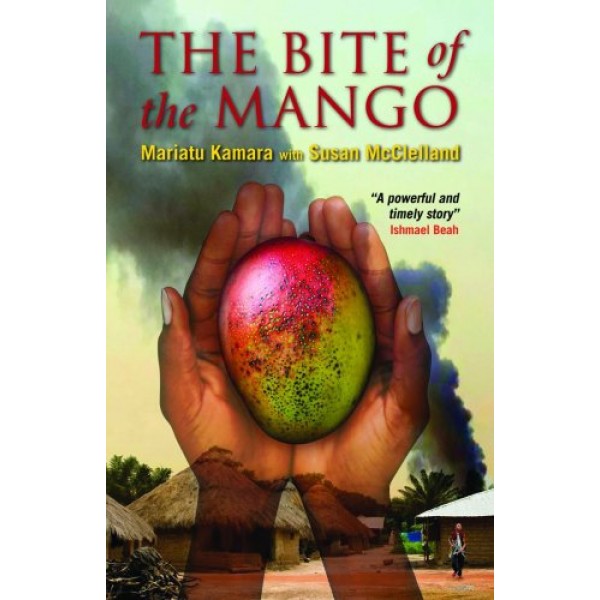 The Bite of the Mango

As a child in a small rural village in Sierra Leone, Mariatu Kamara lived peacefully surrounded by family and friends. Rumors of rebel attacks were no more than a distant worry.

But when 12-year-old Mariatu set out for a neighboring village, she never arrived. Heavily armed rebel soldiers, many no older than children themselves, attacked and tortured Mariatu. During this brutal act of senseless violence they cut off both her hands.

Stumbling through the countryside, Mariatu miraculously survived. The sweet taste of a mango, her first food after the attack, reaffirmed her desire to live, but the challenge of clutching the fruit in her bloodied arms reinforced the grim new reality that stood before her. With no parents or living adult to support her and living in a refugee camp, she turned to begging in the streets of Freetown.

In this gripping and heartbreaking true story, Mariatu shares with readers the details of the brutal attack, its aftermath and her eventual arrival in Toronto. There she began to pull together the pieces of her broken life with courage, astonishing resilience and hope.

"When journalists arrived to document the horrors of life in her country, Kamara was understandably wary. However, being featured in their stories led to benefactors wanting to find a way to take her to a country where she could heal mentally and physically. After landing in Canada, Kamara found a home and a surrogate family who encouraged her not only to obtain an education, but also to share her story with the world. Her narrative is honest, raw, and powerful. In the same vein as Ishmael Beah's A Long Way Gone: Memoirs of a Boy Soldier (Farrar, 2007), the book sheds light on a plight of which many people are still unaware." — Kelly McGorray, School Library Journal