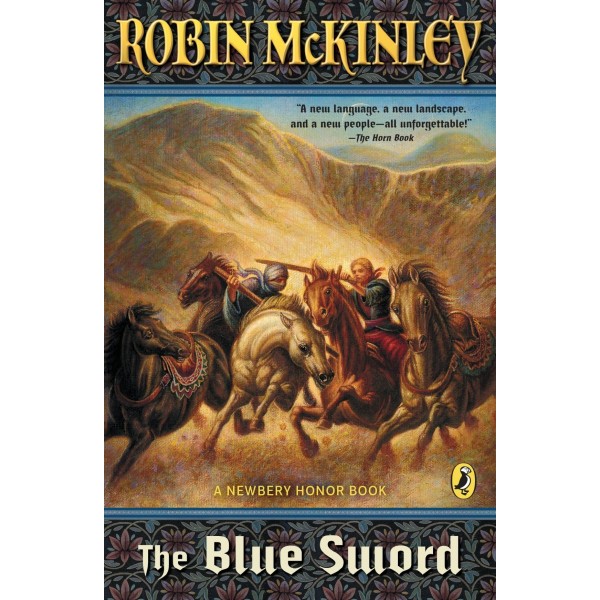 Harry Crewe is a Homelander orphan girl, come to live in Damar from over the seas. She is drawn to the bleak landscape, so unlike the green hills of her Homeland. She wishes she might cross the sands and climb the dark mountains where no Homelander has ever set foot, where the last of the old Damarians, the Free Hillfolk, live.

Corlath is the golden-eyed king of the Free Hillfolk, son of the sons of the legendary Lady Aerin. When he arrives in Harry’s town to ally with the Homelanders against a common enemy, he never expects to set Harry’s destiny in motion: She will ride into battle as a King’s Rider, bearing the Blue Sword, the great mythical treasure, which no one has wielded since Lady Aerin herself.

This Newbery Honor-winning sequel to The Hero and the Crown is a modern classic fantasy novel that reminds readers of the power of legends.