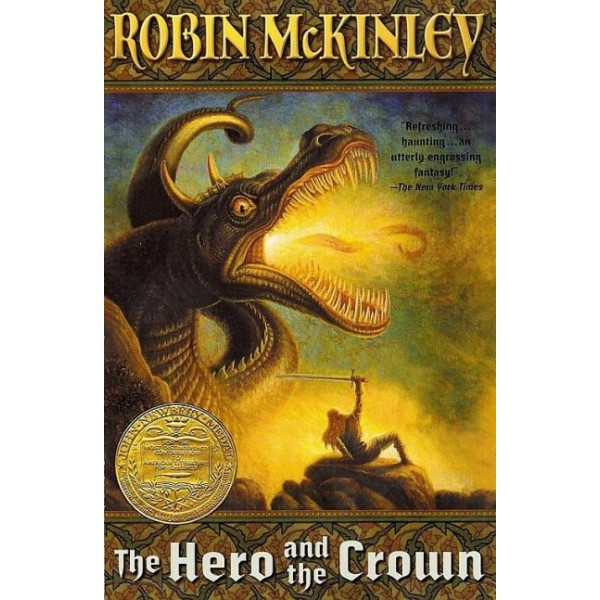 The Hero and the Crown

In this Newbery Award winning book, Robin McKinley's mesmerizing history of Damar is the stuff that legends are made of. The Hero and the Crown is a dazzling "prequel" to The Blue Sword.

Aerin is the only child of the king of Damar, and should be his rightful heir. But she is also the daughter of a witchwoman of the North, who died when she was born, and the Damarians cannot trust her.

But Aerin's destiny is greater than her father's people know, for it leads her to battle with Maur, the Black Dragon, and into the wilder Damarian Hills, where she meets the wizard Luthe. It is he who at last tells her the truth about her mother, and he also gives over to her hand the Blue Sword, Gonturan. But such gifts as these bear a great price, a price Aerin only begins to realize when she faces the evil mage, Agsded, who has seized the Hero's Crown, greatest treasure and secret strength of Damar.

Robin McKinley's other books include the Newbery Award-winning The Hero and the Crown; Newbery Honor Book The Blue Sword; Beauty; Deerskin; The Outlaws of Sherwood; and the short story collections The Door in the Hedge; A Knot in the Grain and Other Stories; and, with her husband, the author Peter Dickinson, Water: Tales of Elemental Spirits. She lives in England with her husband, three whippets, and over five hundred rosebushes.