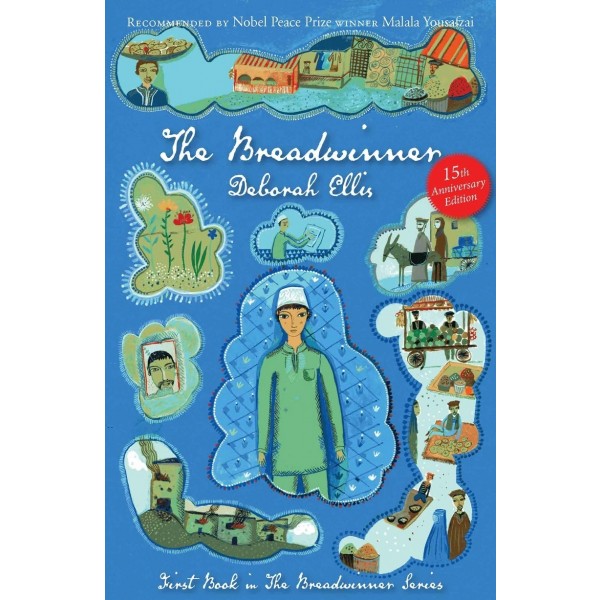 Young Parvana lives with her family in one room of a bombed-out apartment building in Kabul, Afghanistan. Because he has a foreign education, her father is arrested by the Taliban, the religious group that controls the country. Since women cannot appear in public unless covered head to toe, or go to school, or work outside the home, the family becomes increasingly desperate until Parvana conceives a plan. She cuts her hair and disguises herself as a boy to earn money for her family.

Parvana's determination to survive is the force that drives this novel set against the backdrop of an intolerable situation brought about by war and religious fanaticism. Deborah Ellis spent several months talking with women and girls in Afghan refugee camps in Pakistan and Russia. This suspenseful, timely novel is the result of those encounters.

The Breadwinner is the first book in the acclaimed series, which continues with Parvana's Journey and Mud City and My Name is Parvana.

"Set in the early years of the Taliban regime, this topical novel for middle readers explores the harsh realities of life for girls and women in modern-day Afghanistan... Like so many books and movies on the subject, it is also eerily prophetic. 'Maybe someone should drop a big bomb on the country and start again,' says a friend of Parvana's. 'They've tried that,' Parvana said, 'It only made things worse.'" — Lisa Alward, Amazon.com Reviews