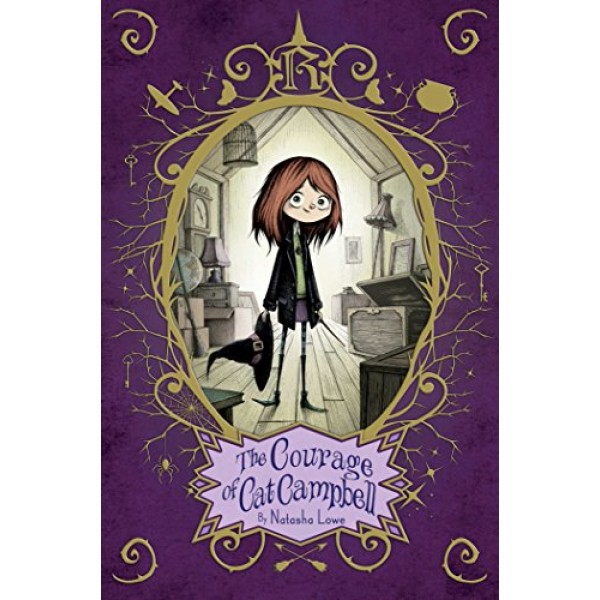 Cat Campbell has had magical powers since the day she was born, but she didn't always know that. Cat's mother believes magic ruins lives, and even as Cat's passion for magic grows over the years, no one suspects she has the gift. But she has indeed inherited the coveted magic gene of her famed great-great-grandmother Mabel, a discovery she makes in a most surprising way. Cat is a witch!

And when she comes across a book called The Late Bloomer's Guide to Magic, she finds the encouragement she needs and spells that work. Then the town of Potts Bottom is threatened by a notoriously feared witch, and Cat has the chance to help her family and town -- and to prove herself in the process. Because, as The Late Bloomer's Guide to Magic proclaims, "believing in your magic and yourself is half the battle."

This charming coming-of-age story is set in the world of the Poppy Pendle series; for other volumes, check out The Power of Poppy Pendle, The Marvelous Magic of Miss Mabel, and The Daring Della Dupree.

"Lowe's charming addition to the world of Potts Bottom follows Cat's determined progress toward her goal, showing her failures and triumphs in a realistic arc. The author's treatment of the mother-daughter relationship smoothly blends whimsical fantasy elements with scenes that readers will recognize from their own family squabbles. Cat's adventures in courage give new treatment to the familiar idea that parents want their children to avoid making their own mistakes. To this, Lowe adds some truly laugh-out-loud moments between Cat and her friend Peter." -- Caitlin Augusta, School Library Journal