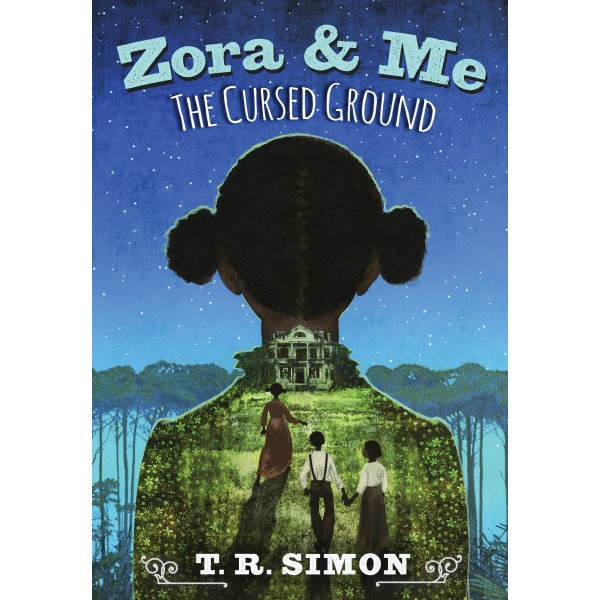 Zora and Me: The Cursed Ground

"History ain't in a book, especially when it comes to folks like us. History is in the lives we lived and the stories we tell each other about those lives" When Zora Neale Hurston and her best friend, Carrie Brown, discover that the town mute can speak after all, they think they've uncovered a big secret. But Mr. Polk's silence is just one piece of a larger puzzle that stretches back half a century to the tragic story of an enslaved girl named Lucia.

As Zora's curiosity leads a reluctant Carrie deeper into the mystery, the story unfolds through alternating narratives. Lucia's struggle for freedom resonates through the years, threatening the future of America's first incorporated black township — the hometown of author Zora Neale Hurston (1891 - 1960). In a riveting coming-of-age tale, the sequel to Zora and Me, award-winning author T. R. Simon champions the strength of a people to stand up for justice. The series concludes with Zora and Me: The Summoner.