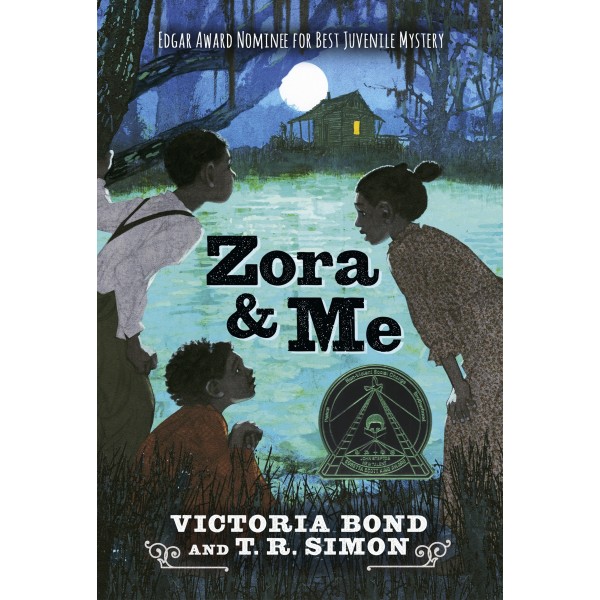 Racial duplicity threatens an idyllic African American community in the turn-of-the-century South in a dazzling debut inspired by the early life of Zora Neale Hurston.

Whether she's telling the truth or stretching it, Zora Neale Hurston is a riveting storyteller. Zora's best friend, Carrie, narrates this coming-of-age story set in the Eden-like town of Eatonville, Florida, where justice isn't merely an exercise in retribution, but a testimony to the power of community, love, and pride. A fictionalization of the early years of a literary giant, this astonishing novel is the first project ever to be endorsed by the Zora Neale Hurston Trust that was not authored by Hurston herself. The story continues in the sequel, Zora and Me: The Cursed Ground and concludes with Zora and Me: The Summoner.

"A spirit of gentleness pervades this story, along with an air of mystery and natural magic.... Zora's reputation for tall tales and her urge to see the world are directly tied to the real Hurston's natural storytelling ability and desire to travel. A brief biography, time line, and annotated bibliography are included." -- School Library Journal

"Like Hurston, who celebrated her rich roots but was also a wanderer at heart, this novel of lies and revelations will reach a wide audience, and some strong readers will want to follow up with Hurston’s writings, including Their Eyes Are Watching God (1937)." -- Booklist