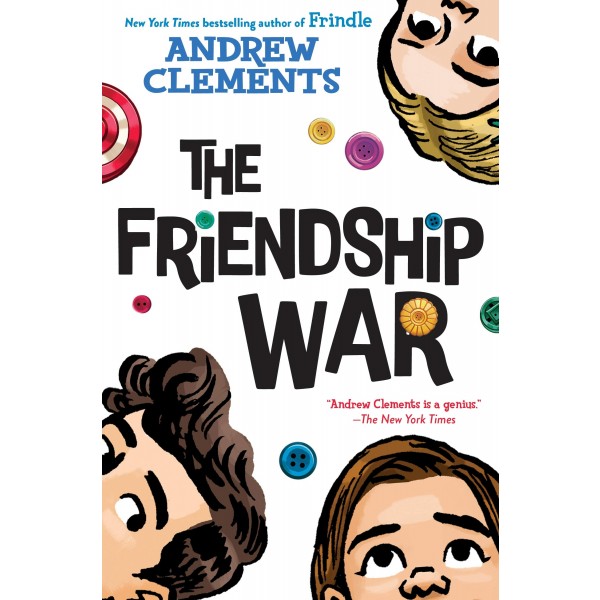 Grace and Ellie have been best friends since second grade. Ellie's always right in the center of everything — and Grace is usually happy to be Ellie's sidekick. But what happens when everything changes? This time it's Grace who suddenly has everyone's attention when she accidentally starts a new fad at school. It's a fad that has first her class, then her grade, and then the entire school collecting and trading and even fighting over... buttons?! A fad that might also get her in major trouble and could even be the end of Grace and Ellie's friendship. Because Ellie's not used to being one-upped by anybody.

There's only one thing for Grace to do. With the help of Hank — the biggest button collector in the sixth grade — she will have to figure out a way to end the fad once and for all. But once a fad starts, can it be stopped? Andrew Clements, the beloved author of Frindle, returns with a deliciously entertaining and deeply satisfying story that will resonate with anyone who's ever been in a classroom... or been a kid. A fad is a tough thing to kill, but then again, so is a friendship.

"Clements uses the over-the-top fad as a conduit to explore more substantial themes, including Grace’s conflicted feelings about her superficial, know-it-all best friend; her deepening friendship with an insightful boy; and her affecting bond with her grandfather, who, like her, is mourning his wife’s death. Regretting the frenzy she instigated, Grace applies the theory of supply and demand in a bold move to end it, precipitating a rewarding finale that underscores the value of friends and family — and wryly reveals the limitations of the scientific method." — Publishers Weekly