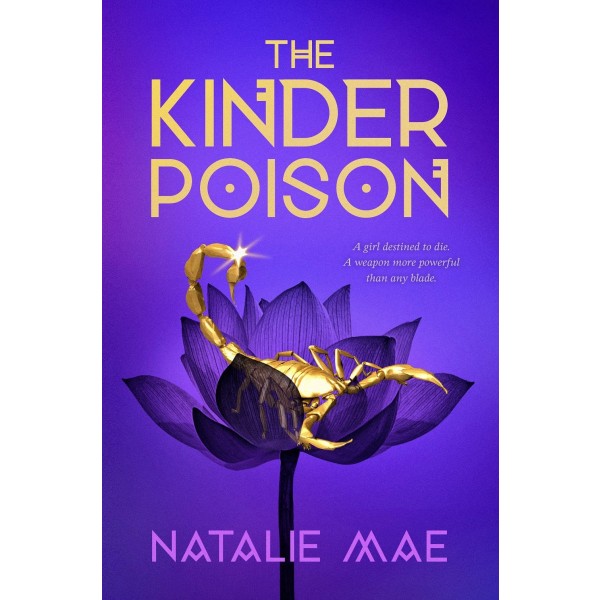 Zahru has long dreamed of leaving the kingdom of Orkena and having the kinds of adventures she's only ever heard about in stories. But as a lowly Whisperer, her power to commune with animals means that her place is serving in the royal stables until the day her magic runs dry.

All that changes when the ailing ruler invokes the Crossing. A death-defying race across the desert, in which the first of his heirs to finish — and take the life of a human sacrifice at the journey's end — will ascend to the throne. With all of the kingdom abuzz, Zahru leaps at the chance to change her fate, if just for a night, by sneaking into the palace for a taste of the revelry. But the minor indiscretion turns into a deadly mistake when she gets caught up in a feud between the heirs and is forced to become the Crossing's human sacrifice.

Now Zahru's only hope for survival hinges on the impossible: somehow figuring out how to overcome the most dangerous people in the world. This enthralling fantasy adventure is perfect for fans of Victoria Aveyard and Holly Black.

"As [Zahru] is traded among the three heirs traversing the desert, she needs to use all her skills to avoid being sacrificed in the end. Zahru’s unexpectedly humorous inner voice, the rich worldbuilding full of political intrigue, a slow-burning romance, and a fantastic set of well-developed characters (both friends and foes) mark this exciting and refreshing tale of power and accountability. Against a backdrop of danger, betrayal and challenges, Zahru opts for kindness and hope every time she faces a life-or-death choice, with thought-provoking results." — Kirkus Reviews