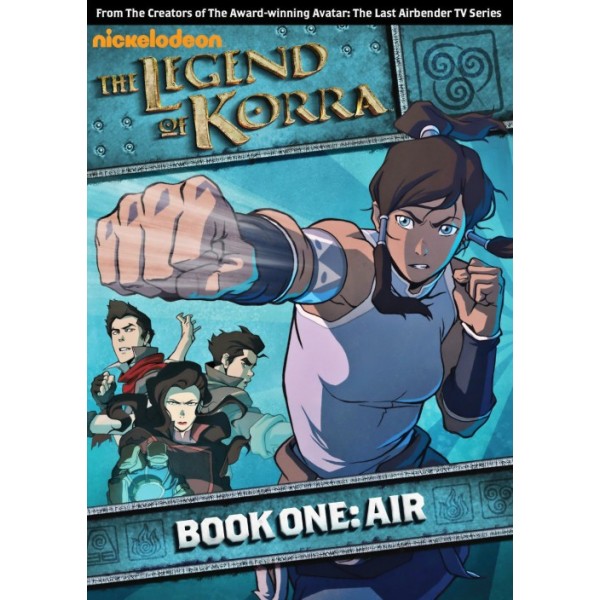 The Legend of Korra

From the creators of the Award-winning Avatar: The Last Airbender, comes a new TV series that continues the exciting adventures of element bending. When Avatar Aang passes, he is reincarnated as a headstrong, rebellious, feisty young woman named Korra, from the Southern Water Tribe. Against the wishes of her guardians, Korra leaves the safety of her home to travel to Republic City.

Before long, Korra’s Avatar skills are put to the test when she encounters a group of Chi-blockers led by a masked man named Amon. With his Equalists followers, Amon plots to gain control over Republic City and ultimately rid the world of the “impurity” of bending. Korra and her friends will stop at nothing to capture him, leading to an Avatar adventure like nothing before in Legend of Korra: Book One: Air!

"If you're looking for a cartoon that combines action, humor, drama, and positive messages and will appeal to both boys and girls, then this may be just what you want." -- Common Sense Media

"The Legend of Korra is set in the fictional world of Avatar: The Last Airbender. The world is separated into four nations: the Water Tribes, the Air Nomads, the Earth Kingdom, and the Fire Nation. The focus of the series is "bending", the ability of some humans (and animals) to telekinetically manipulate the element associated with their nation (water, earth, fire or air). Bending is carried out using spiritual and physical exercises, which are portrayed in the series as similar to Chinese and other Asian martial arts.

Only one person, the "Avatar", can bend all four elements. Cyclically reincarnating among the world's four nations, the Avatar is responsible for maintaining balance in the world. Like its predecessor, The Legend of Korra focuses on the current incarnation of the Avatar: Korra, a 17-year-old girl from the Southern Water Tribe. At the start of the series, she has mastered waterbending, earthbending, and firebending, but must complete her training by learning airbending from Tenzin, the youngest child of Aang and Katara from the original series." -- Wikipedia