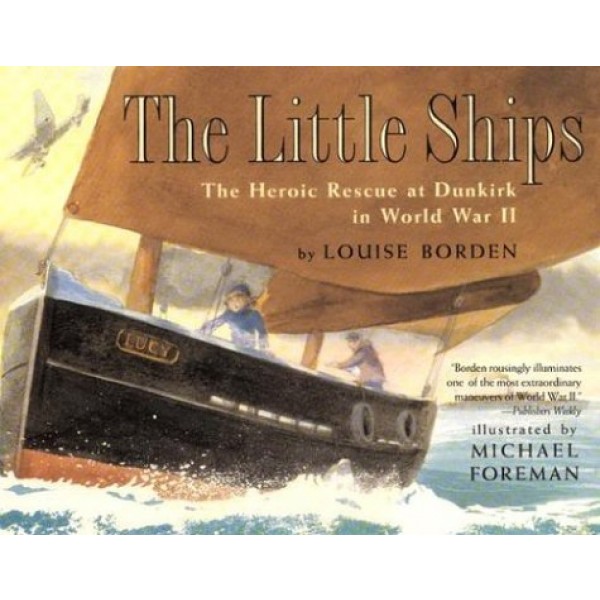 The Little Ships: The Heroic Rescue at Dunkirk in World War II

In May of 1940 -- the early days of World War II -- half a million British and French soldiers were trapped in France. Weak and wounded, they needed aid. Help came in the form of countless small craft, steered by brave young men, in the legendary armada of "little ships" that sailed aross the English Channel. Many people wanted to be a part of the rescue mission. Here is the story of a girl who was so determined to help that she disguised herself as a boy to blend in with the men as they sailed toward Dunkirk.

"The story should prompt children's curiosity about an event that for them is part of a far-distant past and stir their hearts with this family's courage." -- School Library Journal

A girl and her father cross the English Channel to help rescue hundreds of thousands of Allies stranded on the beaches of Dunkirk. A child's vision of war's pangs and fears is crucial in The Little Ships, and Louise Borden never falters. Nor do the watercolors by Michael Foreman (and readers of all ages should get hold of his superbly unsentimental memoir, War Boy).