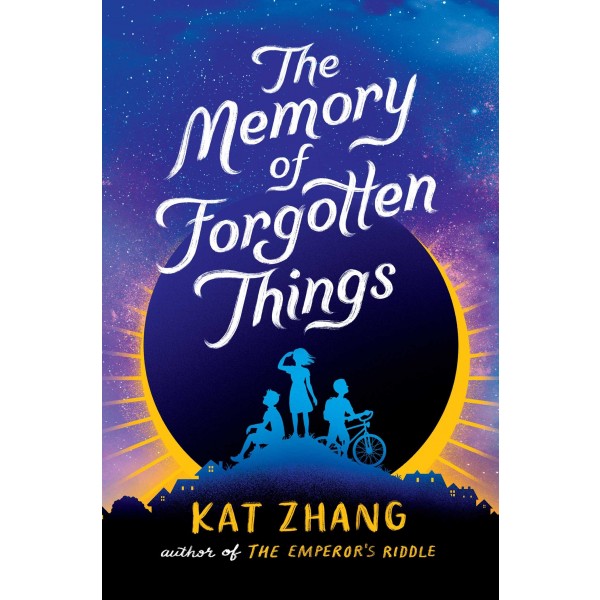 The Memory of Forgotten Things

One of the happiest memories twelve-year-old Sophia Wallace has is of her tenth birthday. Her mother made her a cake that year — and not a cake from a boxed-mix, but from scratch. She remembers the way the frosting tasted, the way the pink sugar roses dissolved on her tongue.

This memory, and a scant few others like it, is all Sophia has of her mother, so she keeps them close. She keeps them secret, too. Because as paltry as these memories are, she shouldn't have them at all. The truth is, Sophia Wallace's mother died when she was six years old. But that isn't how she remembers it. Not always.

Sophia has never told anyone about her unusual memories — snapshots of a past that never happened. But everything changes when Sophia's seventh grade English class gets an assignment to research solar eclipses. She becomes convinced that the upcoming solar eclipse will grant her the opportunity to make her alternate life come true, to enter a world where her mother never died. With the help of two misfit boys, she must figure out a way to bring her mother back to her — before the opportunity is lost forever.

"During a group project, Sophia discovers that a boy from school has similar prophetic visions and that they share a birth date. They join forces with another classmate, whose sister died at 17, to unravel the mystical science at work during a partial eclipse and try to find a way to cross over into a parallel world. In this moving examination of life-altering moments, explored through the 'what if' lens of an alternate universe, Zhang guides readers and the trio of misfit characters through the important lessons of letting go, the myth that there's a better life waiting somewhere else, and the unintended consequences of each action and reaction. Against this vivid yet otherworldly backdrop, Sophia embraces everything she's missing while taking a closer look at what she would sacrifice in the exchange for a different reality." — Publishers Weekly