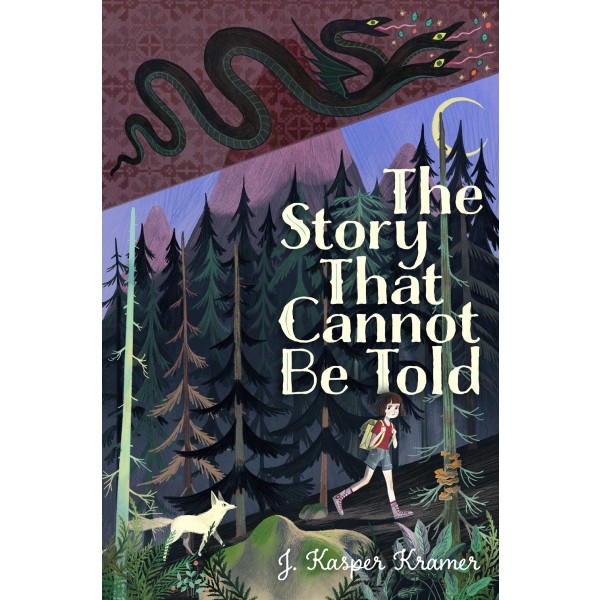 The Story That Cannot Be Told

Ileana has always collected stories. Some are about the past, before the leader of her country tore down her home to make room for his golden palace; back when families had enough food, and the hot water worked on more than just Saturday nights. Others are folktales like the one she was named for, which her father used to tell her at bedtime. But some stories can get you in trouble, like the dangerous one criticizing Romania’s Communist government that Uncle Andrei published — right before he went missing.

Fearing for her safety, Ileana’s parents send her to live with the grandparents she’s never met, far from the prying eyes and ears of the secret police and their spies, who could be any of the neighbors. But danger is never far away. Now, to save her family and the village she’s come to love, Ileana will have to tell the most important story of her life. This powerful middle grade debut tweaves together folklore and history to tell the story of a girl finding her voice and the strength to use it during the final months of the Communist regime in Romania in 1989.

"Kramer intersperses Ileana’s experiences of adapting to village life, both more abundant and more arduous than city living, with a retelling of her namesake folktale, “Cunning Ileana,” in which a young princess outsmarts evil princes. Similarly, Ileana, creative and resilient, must outsmart the Securitate to protect the village and her family from the government’s plans. Ileana’s voice credibly connects life under a totalitarian regime and corresponding elements of the folktale, and as the novel builds to a dramatic climax, reality and fantasy become difficult to discern. The supporting characters are all strong and sympathetic, and fully dimensional Ileana exemplifies girl power at its complex and ferocious best." — Publishers Weekly