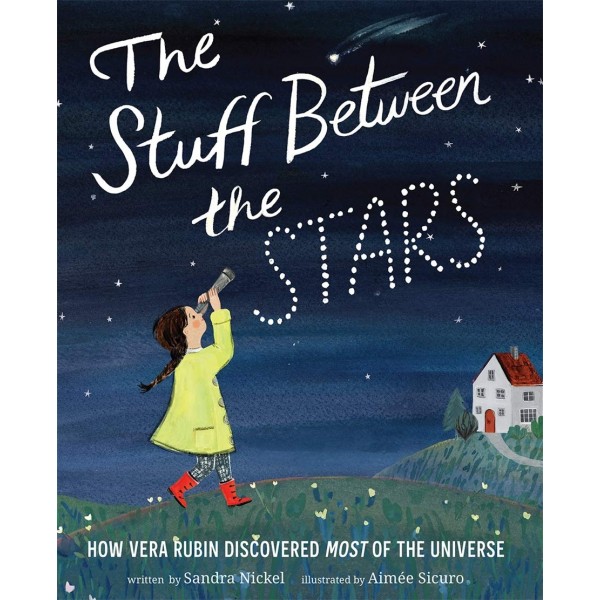 The Stuff Between the Stars: How Vera Rubin Discovered Most of the Universe

Vera Rubin was one of the astronomers who discovered and named dark matter, the thing that keeps the universe hanging together. Throughout her career she was never taken seriously as a scientist because she was one of the only female astronomers at that time, but she didn’t let that stop her. She made groundbreaking and incredibly significant discoveries that scientists have only recently been able to really appreciate — and she changed the way that we look at the universe when she showed that there was mass that wasn't visible in the universe: dark matter.

A stunning portrait of a little-known trailblazer, The Stuff Between the Stars tells Vera’s little-known story to young readers. Author Sandra Nickel doesn't shy away from the prejudice she faced as a woman in STEM, but also captures her fascination with the night sky. With delicate illustrations that capture the beauty of the universe, this book will inspires the youngest readers who are just starting to look up at the stars.