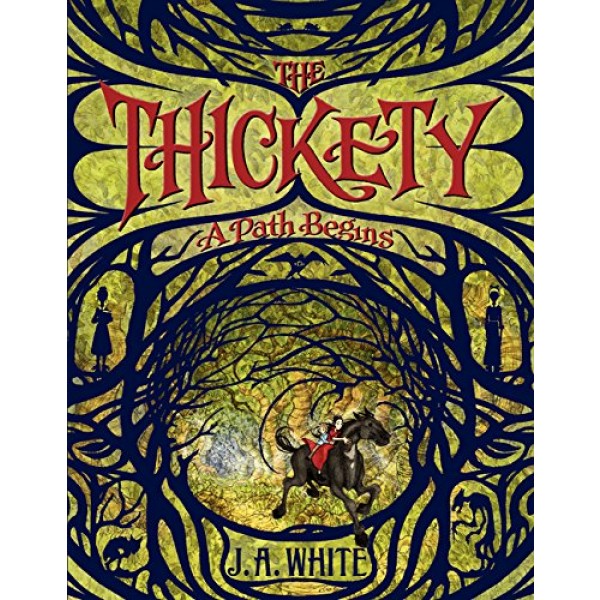 The Thickety: A Path Begins

When Kara Westfall was five years old, her mother was convicted of the worst of all crimes: witchcraft. Years later, Kara and her little brother, Taff, are still shunned by the people of their village, who believe that nothing is more evil than magic -- except, perhaps, the mysterious forest that covers nearly the entire island. It has many names, this place. Sometimes it is called the Dark Wood, or Sordyr's Realm. But mostly it's called the Thickety.

The villagers live in fear of the Thickety and the terrible creatures that live there. But when an unusual bird lures Kara into the forbidden forest, she discovers a strange book with unspeakable powers. A book that might have belonged to her mother. And that is just the beginning of the story.

"In spare prose, debut author White follows Kara as she discovers sinister forces at work in her community and strives to combat the temptation to use her power for nefarious ends. Though much of the intriguing world, including Thickety, is left unexplored, an unsettling twist ending leaves a creaking door open for more stories. White’s persistent dark imagery, along with Offermann’s eerie silhouette spot illustrations, adds to the overall dark atmosphere." -- Sarah Hunter, Booklist