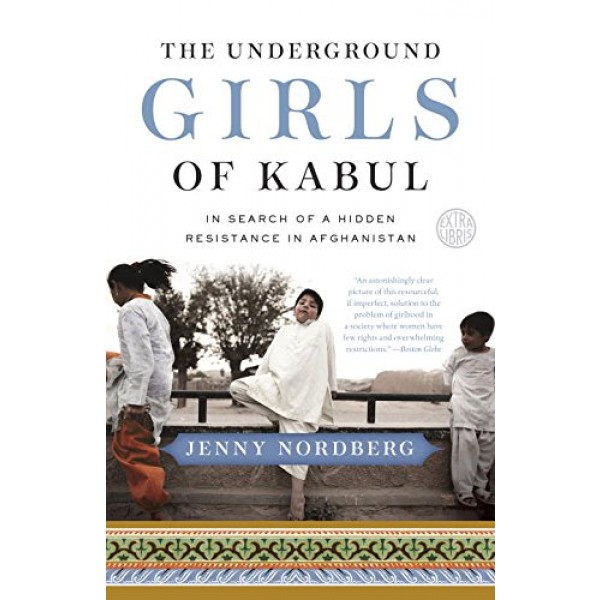 The Underground Girls of Kabul: In Search of a Hidden Resistance in Afghanistan

In Afghanistan, a culture ruled almost entirely by men, the birth of a son is cause for celebration and the arrival of a daughter is often mourned as misfortune. A bacha posh (literally translated from Dari as "dressed up like a boy") is a third kind of child — a girl temporarily raised as a boy and presented as such to the outside world. Jenny Nordberg, the reporter who broke the story of this phenomenon for the New York Times, constructs a powerful and moving account of those secretly living on the other side of a deeply segregated society where women have almost no rights and little freedom.

At the heart of this emotional narrative is a new perspective on the extreme sacrifices of Afghan women and girls against the violent backdrop of America's longest war. Divided into four parts, the book follows those born as the unwanted sex in Afghanistan, but who live as the socially favored gender through childhood and puberty, only to later be forced into marriage and childbirth. The Underground Girls of Kabul charts their dramatic life cycles, while examining our own history and the parallels to subversive actions of people who live under oppression everywhere.

"The girls portrayed in this book are not resisting with weapons or spying: they are simply living their lives as boys.... Nordberg focuses her narrative on the adult Azita. Her father educated her, but once she reached her prime childbearing years, she was married off to a rural, illiterate cousin. Somehow, Azita manages to win a government seat in her new district. Western readers will root for Azita to find a way out of this fiercely patriarchal arrangement, but Nordberg is astounding in her ability to elicit sympathy and rage for the women portrayed, while also attempting to explain why more elaborate female resistance may not yet be possible." — Jamie Watson, School Library Journal