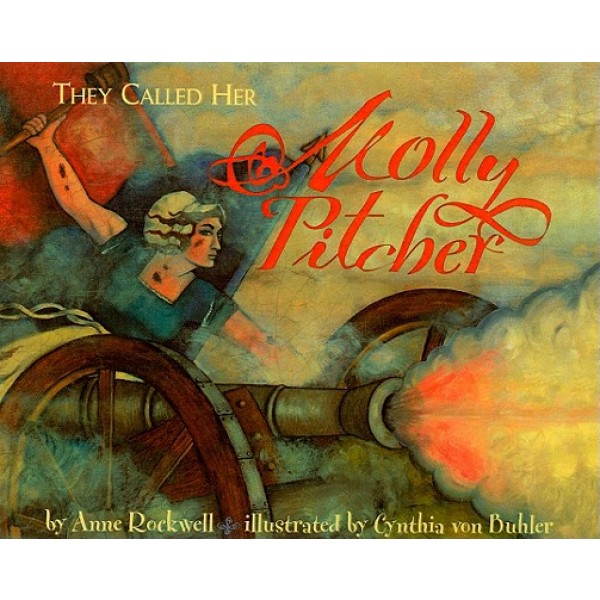 They Called Her Molly Pitcher

The rousing true tale of an American Revolution heroine.

When her husband joined General Washington's army, Molly Hays went with him. All through the winter at Valley Forge, Molly watched and listened. Then in July, in the battle at Monmouth, she would show how much she had learned.... More than 50 British soldiers would die of heatstroke that day, but the American soldiers need only cry, "Molly -- pitcher!" On one trip through the fighting field, she saw her husband get shot. She satisfied herself that he wouldn't die from his wound, then took over his job -- firing off the cannon!

Molly epitomized the feisty, self-reliant spirit of the colonists who would soon win their battle for independence -- and her story has rightly become a beloved legend of American history.

For more stories about girls and women of the Revolutionary Period, visit our blog post entitled "Remember the Ladies” -- A Mighty Girl Celebrates the Fourth of July.

"George Washington made [Molly Pitcher] a sergeant in the Continental Army for her bravery, and Rockwell (Only Passing Through) gives her star treatment in this stirring picture book biography.... Without sacrificing the dramatic momentum, the author also assesses the Americans' military tactics and training (or lack thereof) versus British expectations and mores." -- Publisher's Weekly