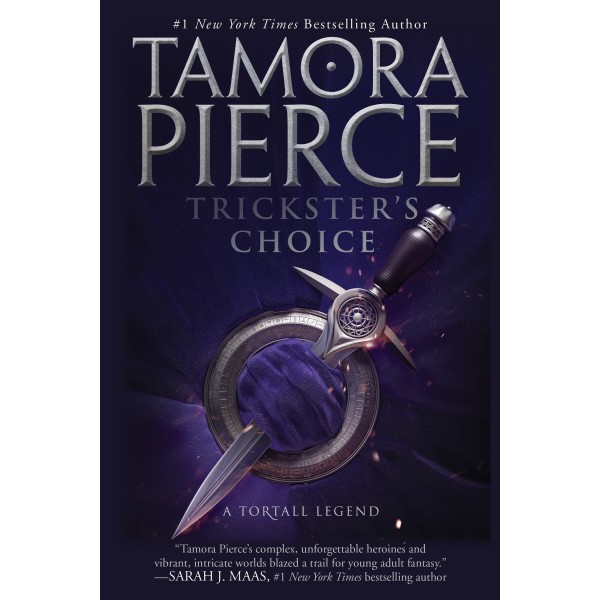 Aly is from a family known for great deeds. She is the daughter of Alanna, the famed knight and King’s Champion of Tortall. But even though she is bold and brave, like her mother, her true talents lie on her father’s side, in the art of spying.

When Aly is captured by pirates and sold as a slave to an exiled royal family in the faraway Copper Isles, she strikes a bargain with the trickster god. If she can keep young noblewomen Sarai and Dove safe for the summer, then he will return Aly to her family. The task should be simple, but Sarai and Dove are anything but. It’s a time of murderous plotting at court, and Aly will need to rely on her training and the insights of a strange young man named Nawat to survive in a world where trust can cost you your life.

This is the first book of the Tricksters Duet; the story concludes in Trickster's Queen.

"With magic, spells, winged horses, crows that take human form (and provide a romance for Aly), brutal fighting, treason, and attempted kidnapping, this fantasy has plenty to hold readers' attention. It also offers an interesting examination of race, as well as a look at an adolescent's finding her independence, an especially difficult task with such a powerful mother. Aly is a strong, intelligent, and resilient feminist who stretches this fantasy to a parable of girl-power." — School Library Journal