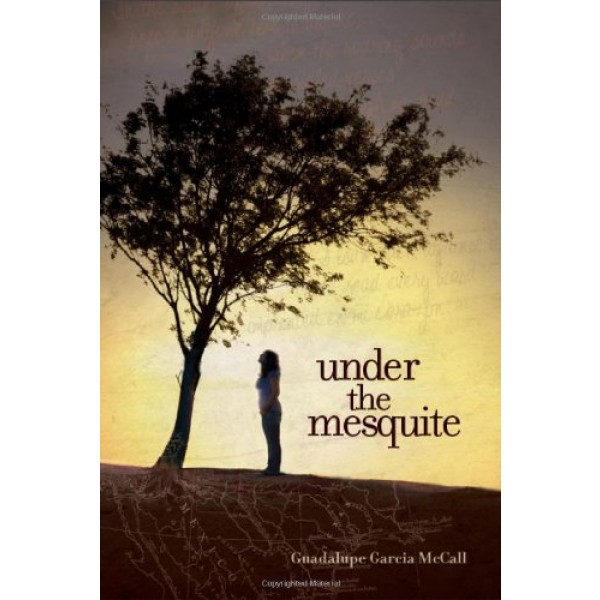 When Lupita learns Mami has cancer, she is terrified by the possibility of losing her mother, the anchor of her close-knit family. Suddenly, being a high school student, starring in a play, and dealing with friends who don't always understand, become less important than doing whatever she can to save Mami's life.

While her father cares for Mami at an out-of-town clinic, Lupita takes charge of her seven younger siblings. As Lupita struggles to keep the family afloat, she takes refuge in the shade of a mesquite tree, where she escapes the chaos at home to write. Forced to face her limitations in the midst of overwhelming changes and losses, Lupita rediscovers her voice and finds healing in the power of words.

Told with honest emotion in evocative free verse, Lupita's journey toward hope is captured in moments that are alternately warm and poignant. Under the Mesquite is an empowering story about testing family bonds and the strength of a young woman navigating pain and hardship with surprising resilience.

"This stunning debut novel in verse chronicles the teenage years of Lupita, a character drawn largely from the author s own childhood...The simplicity of the story line belies the deep richness of McCall's writing. Lupita, a budding actress and poet, describes the new English words she learned as a child to be like lemon drops, tart and sweet at the same time and ears of corn as sweating butter and painted with chili-powdered lime juice.... This book will appeal to many teens for different reasons, whether they have dealt with the loss of a loved one, aspire to write and act, are growing up Mexican American, or seeking their own identity amid a large family." -- School Library Journal