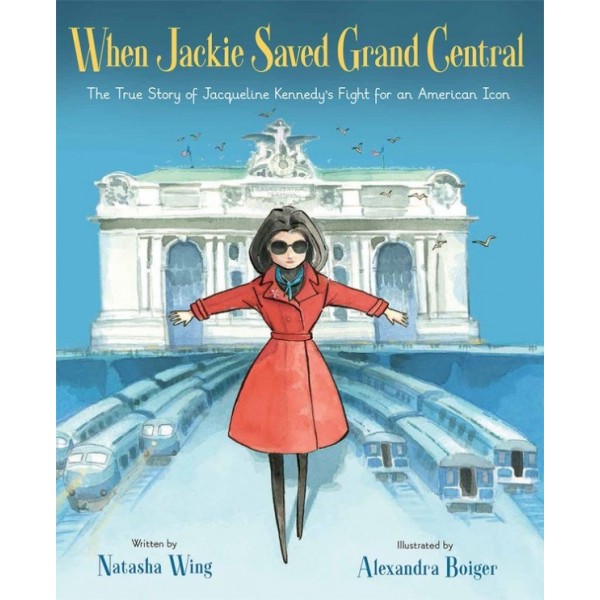 When Jackie Saved Grand Central: The True Story of Jacqueline Kennedy's Fight for an American Icon

Before she was an iconic First Lady of the United States, Jackie Kennedy was a born-and-raised New Yorker. She loved everything about her city, from the natural beauty of the parks to the architectural history of the buildings. So when the owners of Grand Central wanted to build a skyscraper on top of the famous train station, Jackie knew they had to be stopped.

She helped inspire thousands of people to come together and fight to protect the historic landmark. From letter-writing campaigns all the way to the Supreme Court, this little-known story celebrates winning in the face of immeasurable odds and how one person can make a big difference.

"The author begins with her subject’s renovation of the Kennedy-era White House and then, following quick looks at Grand Central’s history and use, describes how the prospect of that magnificent, if somewhat seedy, landmark’s demolition motivated Onassis to enlist the mayor, the city, and the nation in a protracted, ultimately successful battle....Wing and Boiger rightly acknowledge that it wasn’t just Jackie Onassis’ campaign, but here she stands at its center in both narrative and art—particularly in the latter, where she positively shines in a stylish red coat, whether fronting a protest march or striking a gracefully defiant pose before the U.S. Supreme Court." -- Booklist