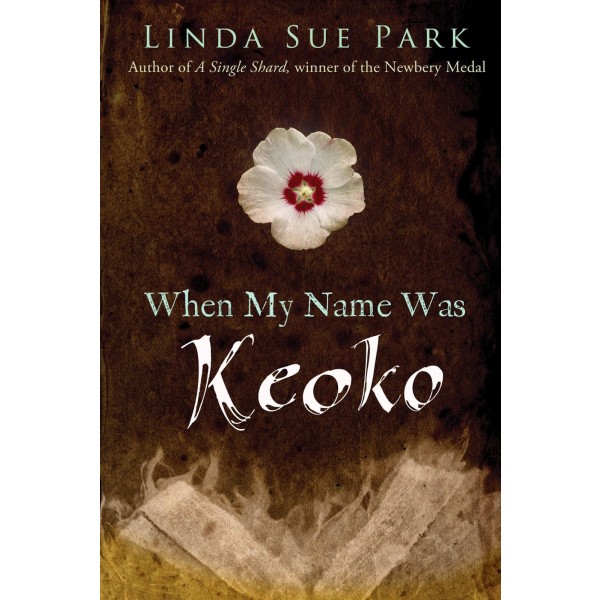 When My Name Was Keoko: A Novel of Korea in World War II

Sun-hee and her older brother, Tae-yul, live in Korea with their parents. Because Korea is under Japanese occupation, the children study Japanese and speak it at school. Their own language, their flag, the folktales Uncle tells them — even their names — are all part of the Korean culture that is now forbidden.

When World War II comes to Korea, Sun-hee is surprised that the Japanese expect their Korean subjects to fight on their side. But the greatest shock of all comes when Tae-yul enlists in the Japanese army in an attempt to protect Uncle, who is suspected of aiding the Korean resistance. Meanwhile, Sun-hee stays behind, entrusted with the life-and-death secrets of a family at war. Well-researched and grippingly told, this novel introduces middle grade readers to a little-known aspect of 20th Century history.

"Through the use of the shifting narrators, Park subtly points up the differences between male and female roles in Korean society.... As the war intensifies, each family member asserts his or her individuality, from Sun-hee, who continues to keep a journal after a soldier calls it "a crime against our Divine Emperor," to her uncle, who prints a revolutionary newspaper in hiding, to Tae-yul, who joins the Japanese army to avoid helping the military police capture his uncle — only to be chosen as a kamikaze pilot.... Readers will come away with an appreciation of this period of history and likely a greater interest in learning more about it." — Publishers Weekly