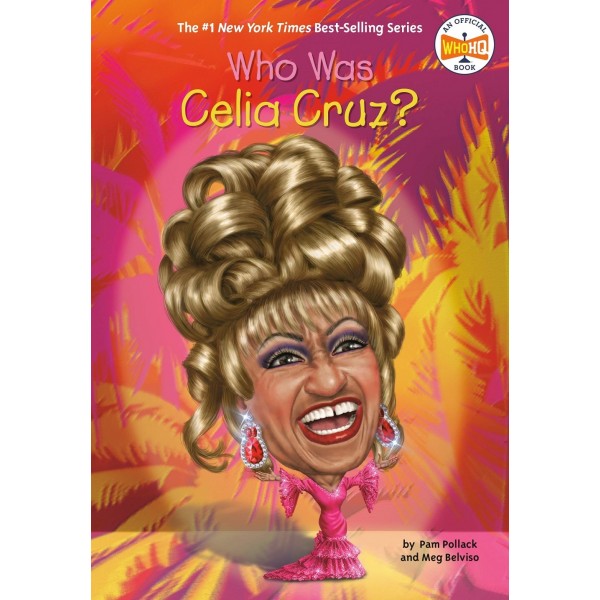 Who Was Celia Cruz?

How did a working-class girl from Cuba become a symbol of artistic freedom for Cuban Americans and the "Queen of Salsa"? Find out in this addition to the Who Was...? series!

Although her family and friends know her as Úrsula Hilaria Celia de la Caridad Cruz Alfonso, the world refers to her simply as Celia Cruz. Starting her career in 1950, Celia grew increasingly popular as the new lead singer of the Cuban band Sonora Matancera. Her exceptional vocal range and flashy costumes made fans fall in love with her.

Celia's talent took her all around the world, including the United States. After Fidel Castro came to power in Cuba, she wasn't allowed to return to her native country. She and other Cubans who were exiled used their music to express their love for their homeland. Celia rose to the top of the charts in a genre that was dominated by men. She become an award-winning singer and the most popular Latin artist of the twentieth century. Azucar! indeed! This biography of the beloved Queen of Salsa is just as vibrant and thrilling as the performer herself!