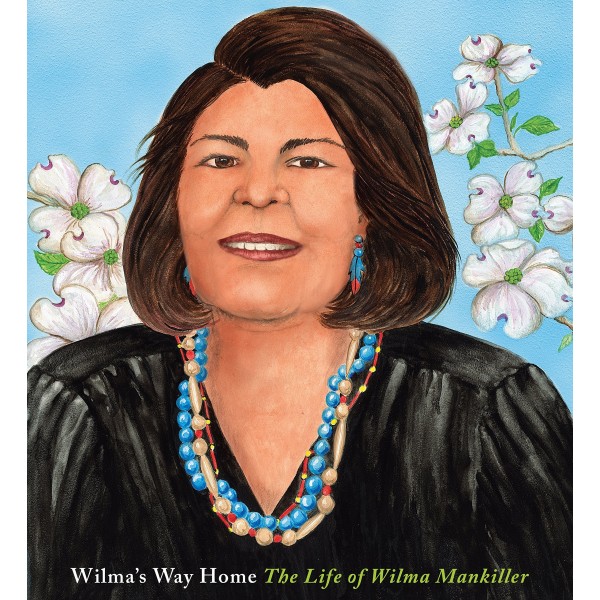 As a child in Oklahoma, Wilma Mankiller experienced the Cherokee practice of Gadugi, helping each other, even when times were hard for everyone. But in 1956, the federal government uprooted her family and moved them to California, wrenching them from their home, friends, and traditions. Separated from her community and everything she knew, Wilma felt utterly lost until she found refuge in the Indian Center in San Francisco. There, she worked to build and develop the local Native community and championed Native political activists.

When she returned to Oklahoma with her daughters, Wilma took part in Cherokee government. Despite many obstacles, from resistance to female leadership to a life-threatening accident, Wilma's courageous dedication to serving her people led to her election as the first female chief of the Cherokee Nation. As leader and advocate, she reinvigorated her constituency by empowering them to identify and solve community problems. Moving prose by award-winning author Doreen Rappaport is interwoven with Wilma's own words in this expertly researched biography from the Big Words series, illustrated with warmth and vivacity by Linda Kukuk.

"In an author's note, Rappaport discusses meeting with Mankiller's husband and friends; also included are a time line, a pronunciation guide, a bibliography, and source notes. Kukuk's artwork brings Mankiller to life, from her childhood days to her sunset. An important read for all libraries, this work highlights a strong woman who left a vital message for future leaders." — Amy Zembroski, School Library Journal