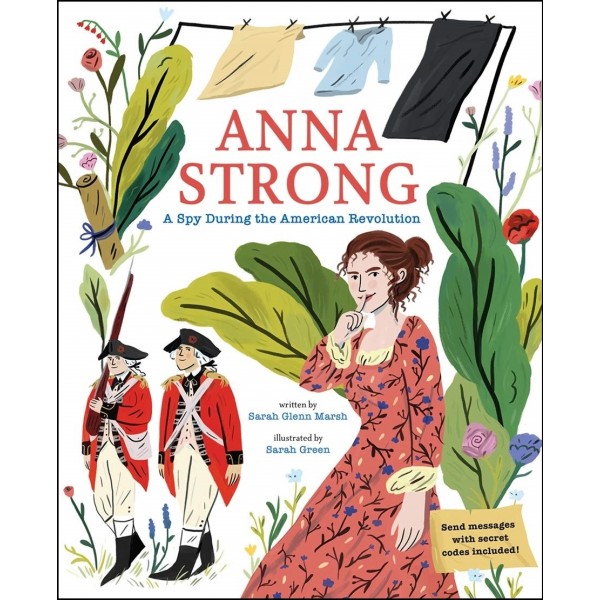 Anna Strong: A Spy During the American Revolution

Dive in to the the incredible true story of the female spy who helped save the American Revolution! Recruited by George Washington's spymaster, Major Benjamin Tallmadge, Anna Smith Strong (1740 - 1812) joined the Culper Ring, a group of American spies during the Revolutionary War. General Washington placed a huge amount of trust in his spies, and Anna helped pass him important messages at a great risk to herself and her family. One of her cleverer devices was to hang laundry on the line in a planned fashion so that other spies could read the "message." Had she been discovered by the British, she would have faced jail or execution.

Thrilling and dramatic, Anna Strong tells the story of how one brave woman helped change the course of American history. The book includes an author's note, a bibliography, an index, and a spy code so kids can get involved in the action.

"This exciting, well-told tale places readers in the thick of things and illuminates an unsung American heroine. Lively illustrations done in a naïve style that reflects the period capture the setting convincingly and depict a few codes.... Fascinating information in the backmatter includes Culper codes and a recipe for invisible ink." — Kirkus Reviews