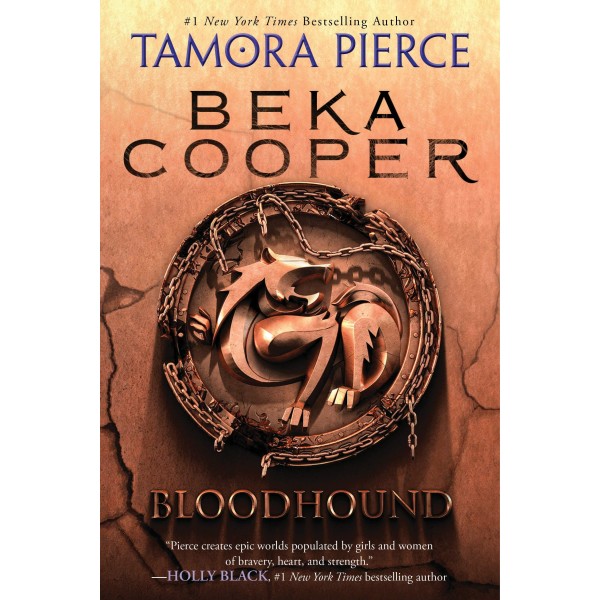 Beka Cooper is no longer a Puppy. She's a Dog now — a full-fledged member of the Provost's Guard, dedicated to keeping peace in Tortall. But there's unrest throughout land. Counterfeit coins are turning up in shops all over the capital city of Corus, and the nation's economy is on the brink of collapse. The Dogs discover that the counterfeit money seems to originate in Port Caynn. So Beka heads upriver to investigate, traveling with her mentor, Goodwin; Achoo, a hound whose nose is as sharp as her claws; and the pigeon Slapper, who carries the voices of the dead.

In Port Caynn, Beka delves deep into the gambling world, where she meets a charming banking clerk named Dale Rowan. Beka thinks she may be falling for Rowan, but she won't let anything — or anyone — jeopardize her mission. From the Silversmith's Guild to the Provost's House to the city sewers, it won't be enough for Beka to be her usual Terrier self. She'll have to learn from Achoo how to sniff out the criminals — to be a Bloodhound.

The Legend of Beka Cooper trilogy began with Terrier and concludes with Mastiff.