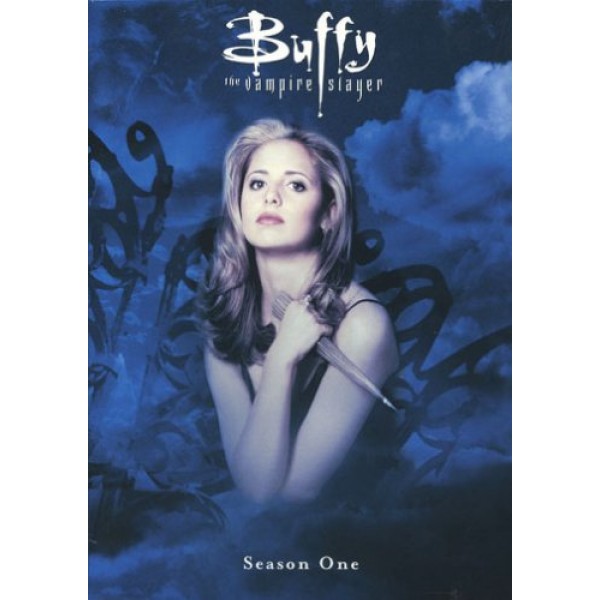 Into each generation, a slayer is born... Now you can own the entire first season of Buffy The Vampire Slayer. All 12 classic episodes are available for the first time in this exclusive 3-disc collector's edition. From Welcome to the Hellmouth, The Harvest and Angel to Nightmares, Out of Mind, Out of Sight and Prophecy Girl, these Season One episodes are a must for every true Buffy fan.

For many Buffy-related items, visit our Buffy the Vampire Slayer Collection.

Buffy Summers (Sarah Michelle Gellar) looks like your typical perky high-schooler, and like most, she has her secret fears and anxieties. However, while most teens are worrying about their next date, their next zit, or their next term paper, Buffy's angsting over the next vampire she has to slay. See, Buffy, a young woman with superhuman strength, is the "chosen one," and she must help rid the world of evil, namely by staking demons.

The exceptional first season of Buffy the Vampire Slayer introduces us to the treacherous world of Sunnydale High School (where Buffy moved after torching her previous high school's gym). The characters there include "watcher" Giles (Anthony Stewart Head) and the original "Scooby Gang" members--friendly geek Xander (Nicholas Brendon), computer whiz Willow (Alyson Hannigan), and snobbish popular girl Cordelia (Charisma Carpenter)--who aid Buffy in her quest. Those used to the darker tone that Buffy took in its later seasons will be surprised by the lighter feeling these first 12 episodes have--it's kind of like Buffy 90210 as the cast grapples with regular teen problems in addition to saving the world from demonic darkness. Fans of the show will enjoy the crisp writing, the phenomenal chemistry of the cast (already well-established within the first few episodes), and the introduction to characters that would stay for many seasons, including moody vampire Angel (David Boreanaz).

Through it all, Gellar carries the series with amazing confidence, whether conveying the despair of high school or dispatching various demons--she's one of TV's most distinctive and strongest heroines. -- Mark Englehart