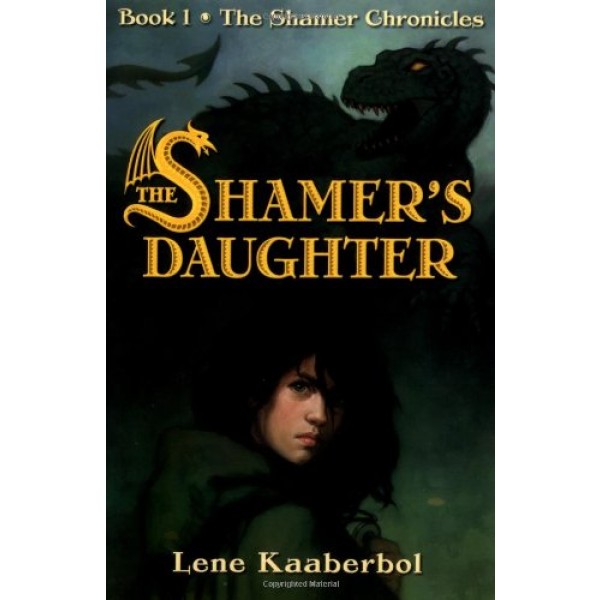 Dina has unwillingly inherited her mother's gift: the ability to elicit shamed confessions simply by looking into someone's eyes. To Dina, however, these powers are not a gift but a curse. Surrounded by fear and hostility, she longs for simple friendship.

But when her mother is called to Dunark Castle to uncover the truth about a bloody triple murder, Dina must come to terms with her power--or let her mother fall prey to the vicious and revolting dragons of Dunark.

"Although only 10, she thinks and acts like an older child, and her increasing courage and resourcefulness in the face of evil doings, exhaustion, and the strains of her own talent will appeal to fans of Tamora Pierce's work. By the end of the book, Dina finds some peace as she makes a new friend and learns that her gift can heal as well as cause pain. Since the killer remains in power, plenty of conflict has yet to be resolved in the novel's proposed sequels." -- School Library Journal

One step, two steps, a slow, writhing waddle, its head lowered, no more than a foot or so off the ground onward it came, the long, long body curved like a winding river, huge and glittery. Almost the worst of it was the slowness. I could see its pale yellow eyes clearly now. Slowly it raised its head, swaying from side to side...

Dina stands transfixed in the pit of alligator-dragons she must cross to rescue her mother in the labyrinthine castle of the wicked Lord Drakan. Three people have been murdered by someone, and Dina's mother has been summoned to confirm the guilt of young Nico, who was found standing over the bodies with bloody hands. She is a Shamer, and to meet her gaze means confronting all the shameful acts one has ever committed. Yet she finds no guilt in Nico, and will not accuse him, although Drakan is strangely, and menacingly, insistent that she do so.

Dina has inherited her ability, but finds it alienates her from everyone in the village. She longs for just one friend who will look her in the eyes. But now Drakan has threatened to use his dragons to execute her mother publicly on the morrow, and Dina must find allies to save her. Before the story is over Dina will find those allies and that loyal friend--but also feel the dragon's needle-sharp fangs, in this exciting beginning to a promising fantasy series translated from the Danish. -- Patty Campbell