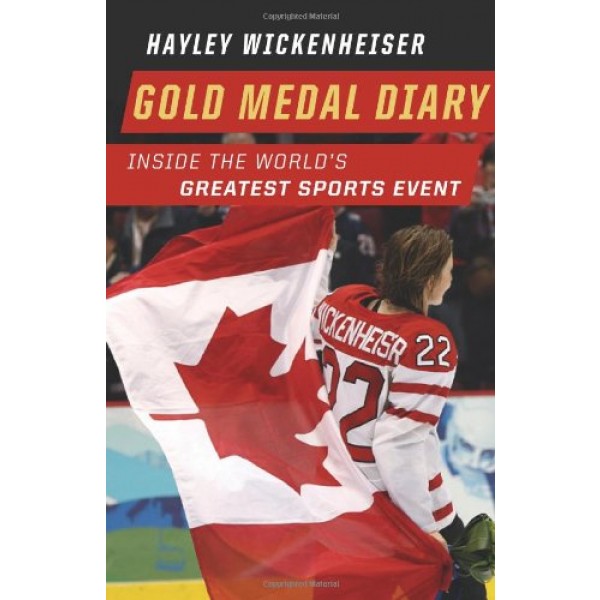 She shares the life of an Olympian — the behind-the-scenes stories, the highs and lows, physical and emotional challenges, struggles and triumphs of an elite athlete in a hyper-intense environment, including details of the public ceremonies and private moments, friendships and rivalries, community and isolation, media presence and security. For the first time ever, readers travel inside the storied Athletes' Village and understand what it's like to live through the most high-pressure, high-profile sporting event in the world.

Hayley Wickenheiser is captain of the Canadian women’s hockey team and is arguably the best women’s hockey player in the world. Along with her four Olympic medals, she owns six World Cup gold medals and two silver, and was team MVP for two Olympic gold performances. Now thirty-one, Wickenheiser has played on the national team since she was fifteen, and has played more games in international competition and has more goals, assists, and penalties than any other woman in the game. Also an elite softball player, Wickenheiser played for Team Canada in the 2000 Summer Olympics and worked as a softball analyst for CBC at the 2008 Beijing Olympics. In 2008, Sports Illustrated ranked her as Number 20 on a list of the Top 25 Toughest Athletes in the World.

Wickenheiser’s passion for sport is paralleled by her drive to give back to the community, in particular with organizations committed to youth such as KidSport, Dreams Take Flight, and Spread the Net. In May 2007, Wickenheiser traveled to Rwanda with other Canadian Olympic athletes for Right to Play, an athlete-driven humanitarian organization. Wickenheiser has also led numerous projects to raise the profile of women’s hockey around the world, and is a mentor for young athletes.