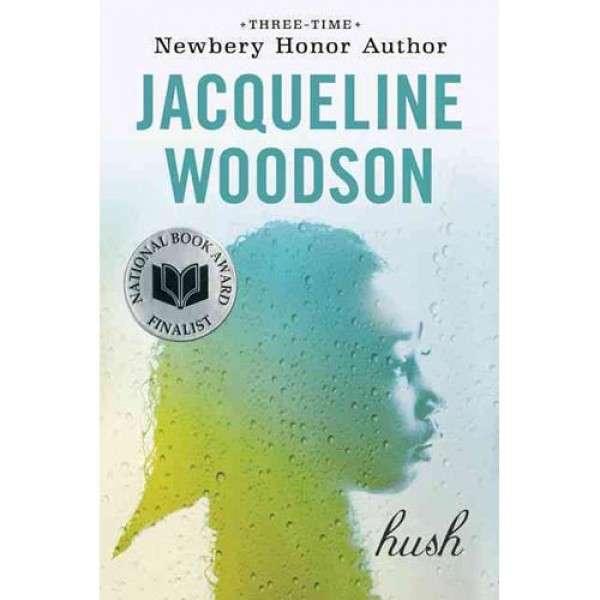 Toswiah Green's life ended the moment her policeman father decided to testify against a fellow officer. The Greens have had to change their identities and move to a different city. Now Toswiah is Evie Thomas, and that is the least of the changes.

Toswiah-now-Evie's defeated father spends his days sitting by the window. Since her mother can no longer work as a teacher, she puts her energy into their new church. Her only sister is making secret plans to leave. And Evie, struggling to find her way, wonders who she is now and how she can make her future as bright as her past once was.

Shifting between past and present, Woodson's (Miracle's Boys; If You Come Softly) introspective novel probes the complex reactions of 12-year-old Toswiah as she reluctantly reinvents herself as Evie Thomas. Telling lies about her past is as awkward for Toswiah as her adjustment to a new apartment, city and school, but most disturbing of all is the fragmentation of her formerly close-knit family. Toswiah's mother, searching for meaning and for support, becomes an avid Jehovah's Witness. Mr. Green slips into suicidal depression, and Toswiah's older sister, unbeknownst to their parents, arranges to enter college at 15. "Evie/Toswiah Thomas/Green," as the narrator once refers to herself, taps hidden stores of inner strength, ultimately realizing that "I am no longer who I was in Denver, but at least and at most I am." -- Publisher's Weekly