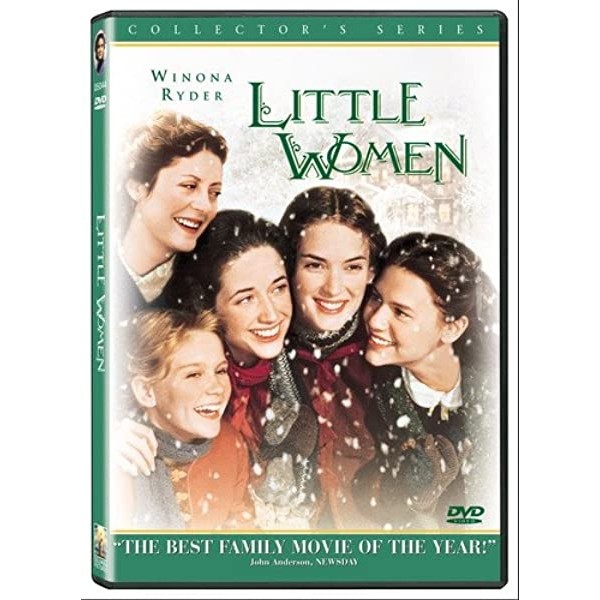 As the years pass, the sisters share some of the most cherished and painful memories of self-discovery, as Marmee and Aunt March guide them through issues of independence, romance and virtue. Gabriel Byrne, Eric Stoltz and Christian Bale co-star in this "handcrafted valentine" (Newsweek) of a film.

For more about literary pioneer Louisa May Alcott and her famous work, visit A Mighty Girl's Little Women Collection.

The flaws are easily forgiven in this beautiful version of Louisa May Alcott's novel. A stirring look at life in New England during the Civil War, Little Women is a triumph for all involved. We follow one family as they split into the world, ending up with the most independent, the outspoken Jo (Winona Ryder). This time around, the dramatics and conclusions fall into place a little too well, instead of finding life's little accidents along the way. Everyone now looks a bit too cute and oh, so nice. As the matron, Marmee, Susan Sarandon kicks the film into a modern tone, creating a movie alive with a great feminine sprit. Kirsten Dunst (Interview with the Vampire) has another showy role.

The young ensemble cast cannot be faulted, with Ryder beginning the movie in a role akin to light comedy and crescendoing to a triumphant end worthy of an Oscar. - -Doug Thomas