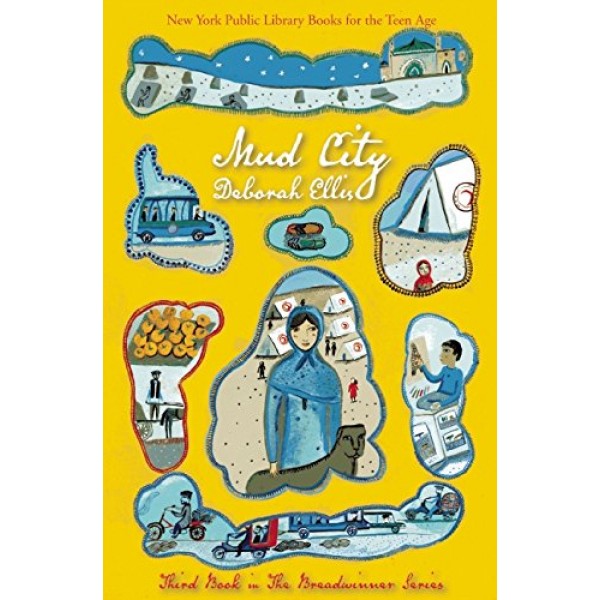 Fourteen-year-old Shauzia dreams of seeing the ocean and eventually making a new life in France, but it is hard to reconcile that dream with the terrible conditions of the Afghan refugee camp where she lives. Making things worse is the camp's leader, Mrs. Weera, whose demands on Shauzia make her need to escape all the more urgent. Her decision to leave necessitates Shauzia dress like a boy, as her friend Parvana did, to earn money to buy passage out. But her journey becomes a struggle to survive as she's forced to beg and pick through garbage, eventually landing in jail.

An apparent rescue by a well-meaning American family gives her hope again, but will it last? Mud City is the final book in the acclaimed trilogy that includes The Breadwinner and Parvana's Journey. It paints a devastating portrait of life in refugee camps, where so many children around the world are trapped, some for their whole lives. But it also tells movingly of these kids' resourcefulness and strength, which help them survive these unimaginable circumstances. The story has now been continued in My Name Is Parvana

"Like The Breadwinner and Parvana's Journey, this novel conveys a distinctive sense of place, describing in discomfiting detail the sights and sounds of the impoverished refugee camp and the poorest sections of Peshawar." --School Library Journal

"The story is strong on message, and in a final note, Ellis fills in the recent history about Afghanistan, the Taliban's restrictions on women, and the millions of new, desperate refugees. Middle-school readers will be caught up in the cause and in the elemental survival adventure.... Royalties from the book go to help homeless kids." --Booklist