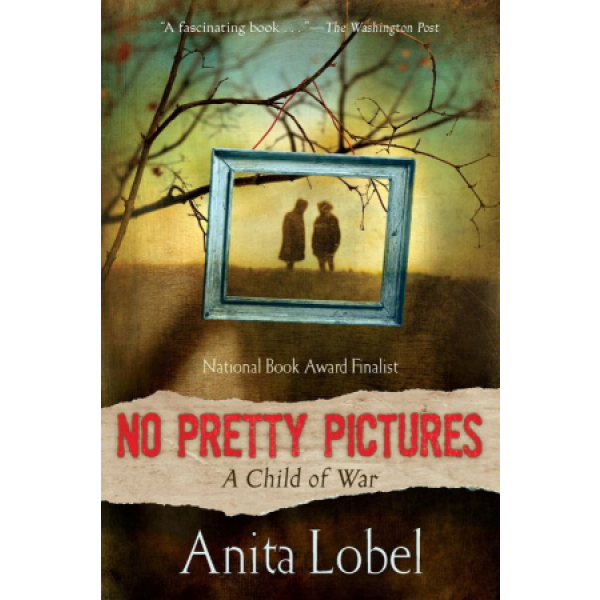 No Pretty Pictures: A Child of War

Anita Lobel was barely five years old when World War II began and the Nazis burst into her home in Krakow, Poland. She spent the days of her childhood in hiding with her brother — who was disguised as a girl — and their Catholic nanny in the countryside, the ghetto, and finally in a convent where the Nazis caught up with her. Then, she was imprisoned in a succession of concentration camps until the end of the war. Sent to recuperate in Sweden by the Red Cross, and reunited with her parents, she slowly blossomed as she discovered books and language and art.

Since coming to the United States as a teenager, Lobel has spent her life making pictures, becoming a beloved and award-winning illustrator of children's books like On Market Street. Now, she looks back at this painful and transformative part of her personal history. This haunting book, illustrated with the author's archival photographs, is the remarkable account of flight, imprisonment, and uncommon bravery.

"A terrifying story by any measure, Lobel's memoir is all the more haunting as told from the first-person, child's-eye view. Her girlhood voice tells it like it is, without irony or even complete understanding, but with matter-of-fact honesty and astonishing attention to detail.... This is a story that must be told, from the shocking beginning when a young girl watches the Nazis march into Krakow, to the final words of Lobel's epilogue: 'My life has been good. I want more.'" — Brangien Davis, Amazon.com Reviews