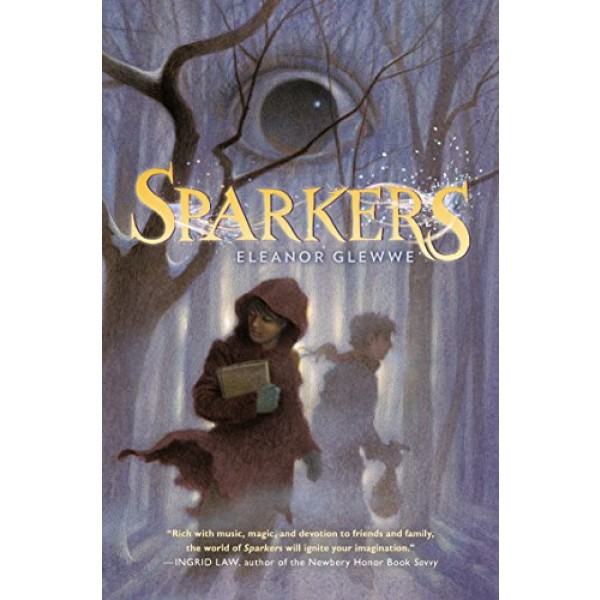 Marah Levi is a promising violinist who excels at school and can read more languages than most librarians. Even so, she has little hope of a bright future: she is a sparker, a member of the oppressed lower class in a society run by magicians.

Then a mysterious disease hits the city of Ashara, turning its victims' eyes dark before ultimately killing them. As Marah watches those whom she loves most fall ill, she finds an unlikely friend in Azariah, a wealthy magician boy. Together they pursue a cure in secret, but more people are dying every day, and time is running out. Then Marah and Azariah make a shocking discovery that turns inside-out everything they thought they knew about magic and about Ashara, their home.

Set in an imaginative world rich with language, lore, and music, this gripping adventure plunges the reader into the heart of a magical government where sparks of dissent may be even more deadly than the dark eyes. Fans of this book will want to check out the sequel, Wildlings.

"This book holds all that fantasy readers could desire: magic, intrigue, mysterious characters, ancient curses, and a dark evil that must be defeated. Not everything is wrapped up neatly, and the various characters are multilayerd, neither all good nor all bad. A worthy and worthwhile stand-alone book in a genre so often serialized." — Clare A. Dombrowski, School Library Journal