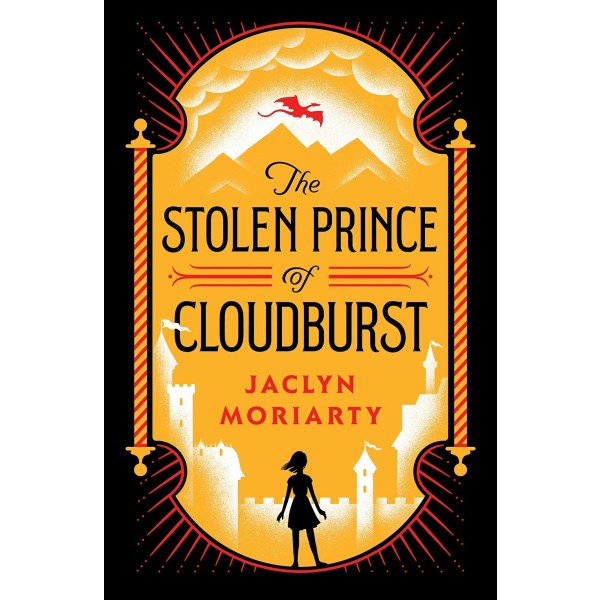 The Stolen Prince of Cloudburst

Esther is a middle child, in her own mind a pale reflection of siblings who are bright, shining stars. Her mother doesn't show the slightest bit of interest, no matter what Esther does. Still, she's content to go back to school, do her best, hang out with her friends, and let others take care of things.

But her best friends aren't AT school when she gets there. Why didn't they tell her they wouldn't be coming back? Why were they silent all summer? But stuff like that happens. And her new teacher, Mrs. Pollock, is rumored to be an ogre — and maybe she IS one.

Then she realizes the mountains surrounding the school, usually sparkling with glaciers and lakes, alive with Faeries, and sheltering a quaint town with really great bakeries, are now crowded with Shadow Mages, casting a noticeable pall, and clearly — to Esther — signifying something very dark and threatening. With the people she might have depended on to help either strangely absent or in hiding, ordinary Esther will have to burst out of the box of mediocrity she's been but in, and do something absolutely extraordinary.

"Moriarty offers an expanded look at the history and structure of the Kingdoms and Empires of The Whispering Wars (2019) and, in a story chronologically closer to this tale, The Extremely Inconvenient Adventures of Bronte Mettlestone (2018).... The hidden villainy and open dangers, along with Esther’s wry humor, appealing voice, and her heroic role in saving the world, are nicely blended while an epilogue delivers a poignant close." — Kirkus Reviews