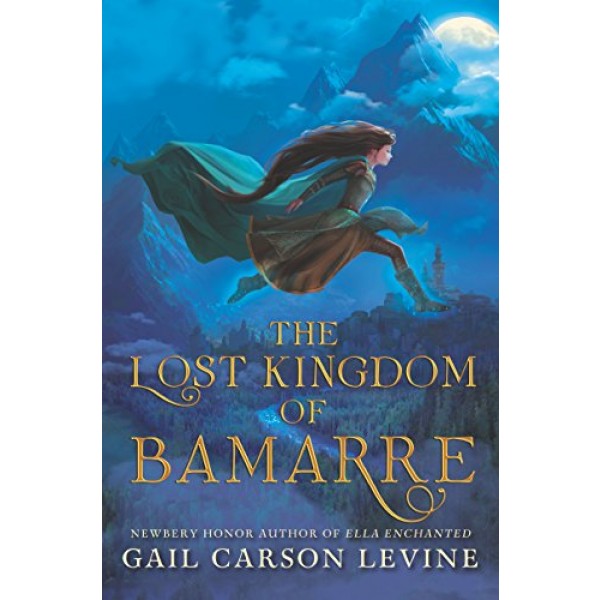 The Lost Kingdom of Bamarre

Peregrine strives to live up to the ideal of her people, the Latki -- and to impress her parents: affectionate Lord Tove, who despises only the Bamarre, and stern Lady Klausine. Perry runs the fastest, speaks her mind, and doesn't give much thought to the castle's Bamarre servants, whom she knows to be weak and cowardly.

But just as she's about to join her father on the front lines, she is visited by the fairy Halina, who reveals that Perry isn't Latki-born. She is Bamarre. The fairy issues a daunting challenge: against the Lakti power, Perry must free her people from tyranny.

Gail Carson Levine's prequel to The Two Princesses of Bamarre explores confronting prejudice -- including your own -- to heal a country.

"Perry’s struggle to reconcile her father’s love for her with his deep hatred of the Bamarre resonates, as does her burgeoning and nuanced definition of strength. Her growing awareness of prejudice and ethnocentrism is insightful and believable; readers will easily connect her journey to their own experiences." -- Publishers Weekly