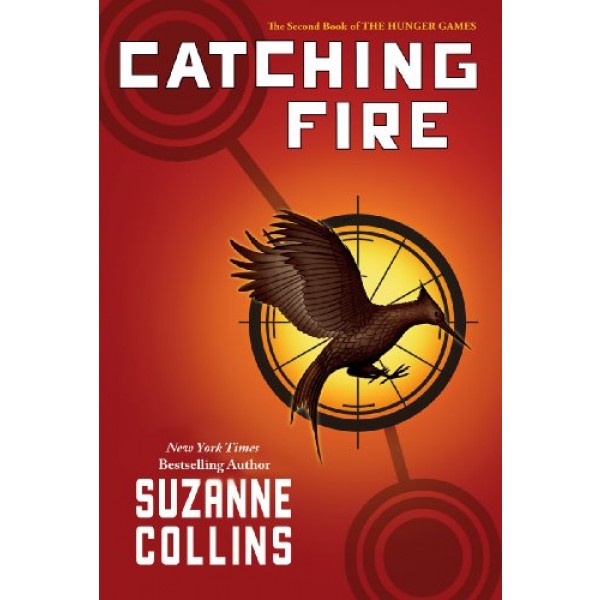 Against all odds, Katniss Everdeen has won the annual Hunger Games with fellow district tribute Peeta Mellark. But it was a victory won by defiance of the Capitol and their harsh rules. Katniss and Peeta should be happy. After all, they have just won for themselves and their families a life of safety and plenty. But there are rumors of rebellion among the subjects, and Katniss and Peeta, to their horror, are the faces of that rebellion. The Capitol is angry. The Capitol wants revenge.

Catching Fire is part two of a three-part trilogy that begins with The Hunger Games and continues with Mockingjay.

"Slower paced than its predecessor, this sequel explores the nation of Panem: its power structure, rumors of a secret district, and a spreading rebellion, ignited by Katniss and Peeta’s subversive victory. Katniss also deepens as a character. Though initially bewildered by the attention paid to her, she comes almost to embrace her status as the rebels’ symbolic leader. Though more of the story takes place outside the arena than within, this sequel has enough action to please Hunger Games fans and leaves enough questions tantalizingly unanswered for readers to be desperate for the next installment." -- School Library Journal