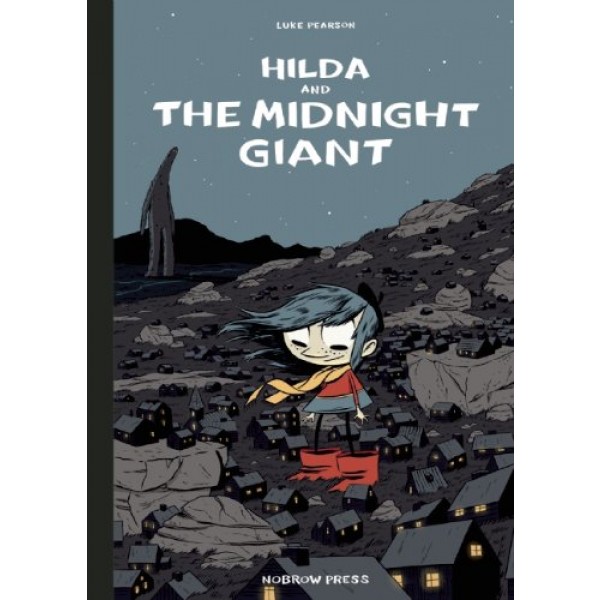 Hilda and the Midnight Giant

In this sequel to the beloved graphic novel Hildafolk, Hilda finds her world turned upside down as she faces the prospect of leaving her snow-capped birthplace for the hum of the megalopolis. Her mother, an architect, has been offered a prestigious position in the bustling metropolis that she would find hard to reject. Besides, the tiny elven creatures making a daily habit of bombarding them with threats isn’t making Hilda’s case any better. As she seeks ways to stall her mother’s decision, Hilda rushes to befriend the very source of her malady – will they help or hinder her? More importantly, who is this mysterious Midnight Giant?

Hilda's story continues in Hilda and the Bird Parade.

"Pearson’s whimsical artwork—a cross between Lucky Luke and Miyazaki—creates a magical spell of a mysterious world of hidden creatures, and the production of the book make it a treasure in itself. The story—comparable to the Adventures of Polo series by Regis Faller and Copper by Kazu Kibuishi—never flags in imagination or wonder" -- Publishers Weekly