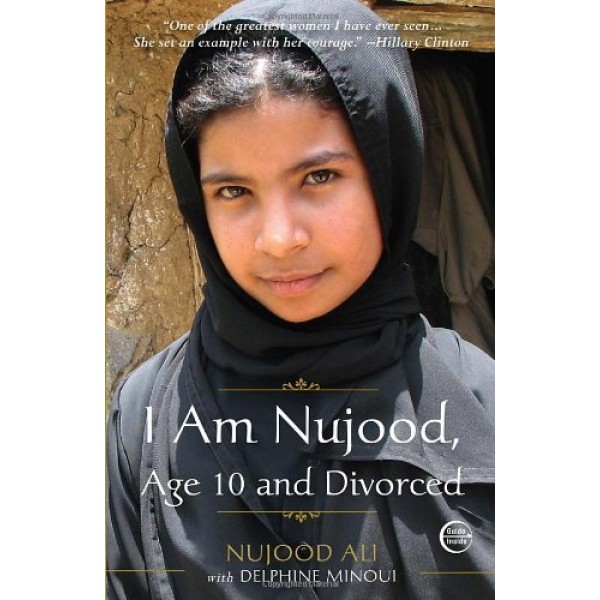 I Am Nujood, Age 10 and Divorced

Forced by her father to marry a man three times her age, young Nujood Ali was sent away from her parents and beloved sisters and made to live with her husband and his family in an isolated village in rural Yemen. There she suffered daily from physical and emotional abuse by her mother-in-law and nightly at the rough hands of her spouse. Flouting his oath to wait to have sexual relations with Nujood until she was no longer a child, he raped her on their wedding night. She was only ten years old.

Unable to endure the pain and distress any longer, Nujood fled -- not for home, but to the courthouse of the capital, paying for a taxi ride with a few precious coins of bread money. When a renowned Yemeni lawyer heard about the young victim, she took on Nujood's case and fought the archaic system in a country where almost half the girls are married while still under the legal age.

Since their unprecedented victory in April 2008, Nujood's courageous defiance of both Yemeni customs and her own family has attracted a storm of international attention. Her story even incited change in Yemen and other Middle Eastern countries, where underage marriage laws are being increasingly enforced and other child brides have been granted divorces.

For more Mighty Girl books that tackle the issues of abuse and violence against girls and women, visit our Violence & Abuse section.

Recently honored alongside Hillary Clinton and Condoleezza Rice as one of Glamour magazine's women of the year, Nujood now tells her full story for the first time. As she guides us from the magical, fragrant streets of the Old City of Sana'a to the cement-block slums and rural villages of this ancient land, her unflinching look at an injustice suffered by all too many girls around the world is at once shocking, inspiring, and utterly unforgettable.