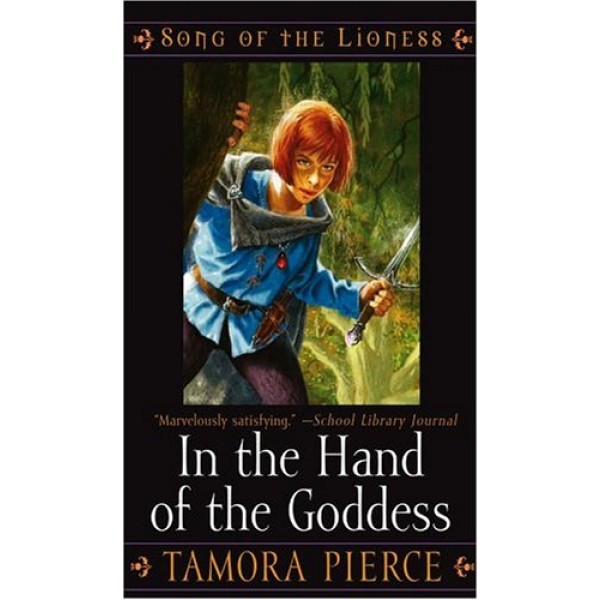 In the Hand of the Goddess

Alanna, disguised as a boy, becomes a squire to none other than the heir to the throne. Prince Jonathan is not only Alanna’s liege lord, he is also her best friend — and one of the few who knows the secret of her true identity. But when a vicious sorcerer threatens the prince’s life, it will take all of Alanna’s skill, strength, and magical power to protect him, even at the risk of surrendering her dreams… and revealing her true identity.

This is the second book in the Song of the Lioness Quartet, which began in Alanna: The First Adventure. The series continues with The Woman Who Rides Like A Man and Lioness Rampant.

"Add this timeless story to collections where magic, adventure, and strong female characters are in demand." -- School Library Journal