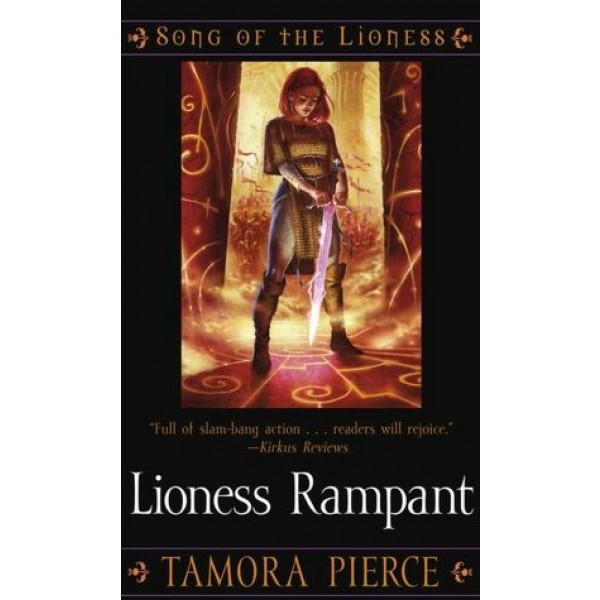 "I'm not sure I want to be a hero anymore." Having achieved her dream of becoming the first female knight errant, Alanna of Trebond is not sure what to do next. Perhaps being a knight errant is not all that Alanna needs.... But Alanna must push her uncertainty aside when a new challenge arises. She must recover the Dominion Jewel, a legendary gem with enormous power for good -- but only in the right hands. And she must work quickly. Tortall is in great danger, and Alanna's archenemy, Duke Roger, is back -- and more powerful than ever. In this final book of The Song of the Lioness quartet, Alanna discovers that she indeed has a future worthy of her mythic past -- both as a warrior and as a woman.

The Song of the Lioness quartet began with Alanna: The First Adventure, followed by In the Hand of the Goddess and The Woman Who Rides Like a Man.

"It has the appeal of good winning over evil and of the resilient courage of a believably heroic female protagonist." -- The Bulletin of the Center for Children's Books