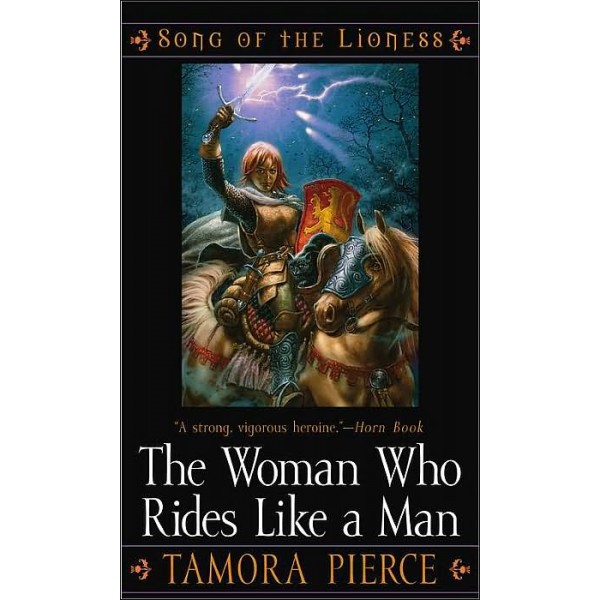 "Let her prove herself worthy as a man." Newly knighted, Alanna of Trebond seeks adventure in the vast desert of Tortall. Captured by fierce desert dwellers, she is forced to prove herself in a duel to the death — either she will be killed or she will be inducted into the tribe. Although she triumphs, dire challenges lie ahead. As her mythic fate would have it, Alanna soon becomes the tribe's first female shaman — despite the desert dwellers' grave fear of the foreign woman warrior. Alanna must fight to change the ancient tribal customs of the desert tribes — for their sake and for the sake of all Tortall.

This is the third book of Alanna: The First Adventure, followed by In the Hand of the Goddess, and concludes with Lioness Rampant.

"Alanna's world is a harsh one, but believable.... This fantasy provides food for introspection as well as flights of imagination in a magical kingdom." -- Kirkus Reviews