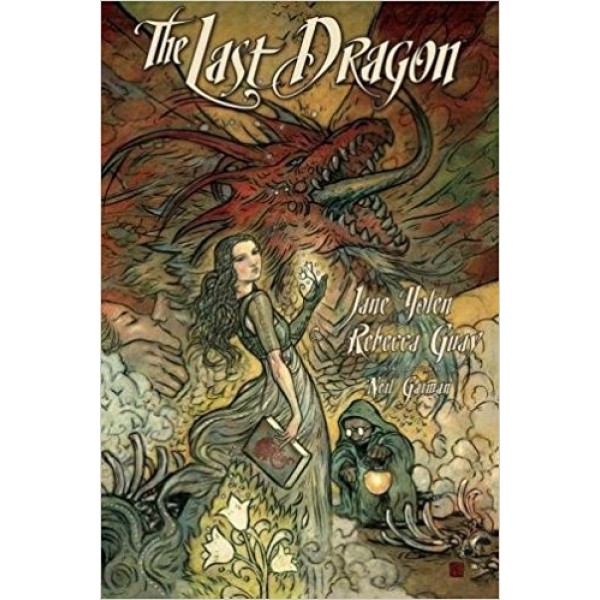 Two hundred years ago, humans drove the dragons from the islands of May. Now, the last of the dragons rises to wreak havoc anew with only a healer's daughter and a kite-flying would-be hero standing in its way.

Featuring lush artwork and poetic verse, this graphic novel is suitable for teens and adults alike.

Despite their name the people of Meddlesome have lived in harmony since the defeat of the dragons hundreds of years ago. That is, until villagers and animals begin to mysteriously disappear. Could it be goblins, vampires, or forest monsters? While exploring the river one day the healer's daughter, Tansy, discovers dragon's bane. Knowing flame weed only blooms in the presence of a great dragon, Tansy realizes her worst fear: the dragons are back.

Tansy knows she must warn the village but she stalls in her disbelief and uncertainty. Bereft after the loss of her father, does she have the strength and knowledge to lead her people? And what to make of these ancient herbal texts? When the village boys bring a boastful storyteller from a neighboring island to serve as their dragon slayer Tansy is skeptical. But his mention of a childhood past time sparks an impossible idea...one crazy enough that it just might save the village.

Yolen's whimsical story, brought to life with engrossing artwork by Rebecca Guay, follows Tansy as she hatches a plan to save her village and defeat the last dragon.