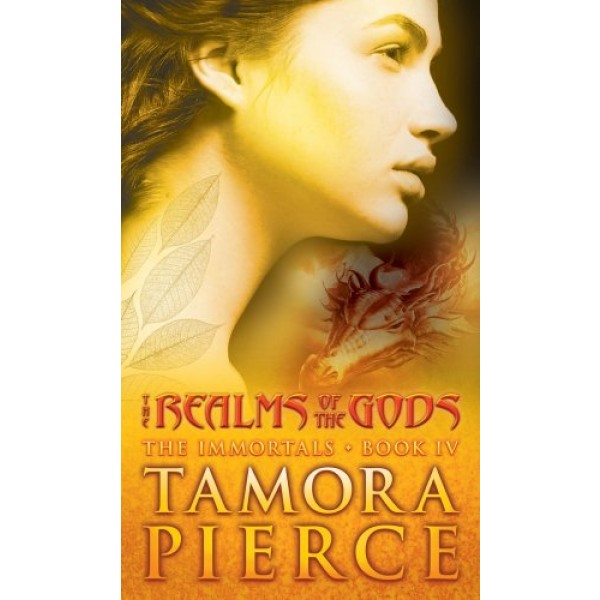 The Realms of the Gods

During a dire battle against the fearsome Skinners, Daine and her mage teacher Numair are swept into the Divine Realms. Though happy to be alive, they are not where they want to be. They are desperately needed back home, where their old enemy, Ozorne, and his army of strange creatures are waging war against Tortall.

Trapped in the mystical realms Daine discovers her mysterious parentage. And as these secrets of her past are revealed so is the treacherous way back to Tortall. So they embark on an extraordinary journey home, where the fate of all Tortall rests with Daine and her wild magic.

This is the final book of The Immortals series; the earlier volumes are Wild Magic, Wolf-Speaker, and Emperor Mage.