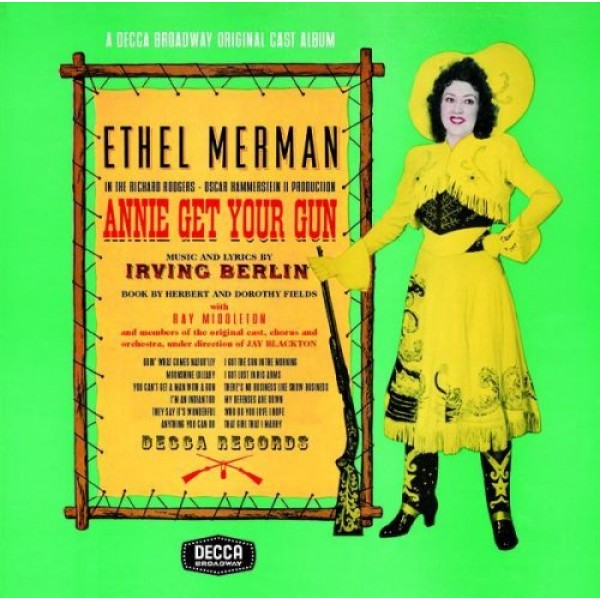 Anything You Can Do

Anything You Can Do is a spirited duet by Irving Berlin from the 1946 musical Annie Get Your Gun, a fictionalization of the romance between the famous woman sharpshooter Annie Oakley and another sharpshooter, Frank Butler. In the song, the characters try to out-do each other, in everything from rifle trick shots to soft speaking -- although both agree that neither of them can bake a pie. Over the course of the story, Frank gives up his fantasy of marrying a woman who wears satin and perfume and falls in love with the rough and ready Annie.

Notes for Parents: Most of this song would be suitable for any age, although it does contain references both to guns and to alcohol. As an individual song, Anything You Can Do is a fun and light reminder that both sexes can succeed at anything. In the context of the musical, however, Annie ends up deliberately losing her shooting match with Frank in order to soothe his ego, which is a plot point that some parents may find disappointing. The video link provided is not an official video; it matches the original cast recording featuring Ethel Merman and Bruce Yarnell with an image from the musical's poster.